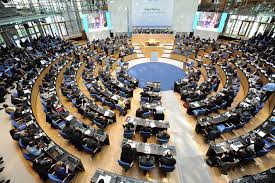 India has pointed out to UN climate change body regarding the needs of a global agreement that will take care of enhanced efforts to tackle climate change from 2015 to 2020.

According to India, world’s third largest polluted country there should be equal focus on the pre-2020 period as well.

India government has cited that it will not be that easy to harness climate issues without addressing the climate change between 2015 and 2020.

India wants the UN body to look into the single-minded focus on finalizing a global compact for the post-2020 period and take proper action before Paris climate Summit in December.

In addition, India has asked UN to consider an agreement that will explain the efforts to reduce the amount of carbon being produced and to adjust to the impacts of climate change.

“We have given it in writing to the chairmen of the ad-hoc working group on the Durban Platform. In 2011 countries decided to craft a new agreement and it was also decided to accelerate efforts in the period up to 2020. But now the discussions are focused on the post-2020 agreement,” a senior member of the government said.

The Durban negotiation has agreed to two types of action such as accelerating efforts to address climate change in the pre-2020 period and finalizing the new global agreement by 2015, to be implemented after 2020.

During the Geneva talk, India had raised the issue that industrialized nations need to make more effort to address rising emissions.

In the pre-2020 period, the responsibility of reducing the amount of carbon produced is on the industrialized countries.

Besides, they have to provide technology as well as financial support to the tune of $100 billion a year.

India’s demand has been supported developing countries including China, South Africa and other African countries.

However, developing countries have argued that the lack of attention to the pre-2020 efforts will transfer the burden of action to poor countries.

Scientists and the Intergovernmental Panel on Climate Change are of the opinion that the delayed action will prove to be more expensive, with many efforts going ineffective if not implemented soon.