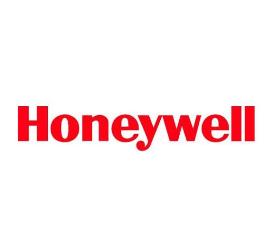 The program evaluates and regulates environmentally preferable substitutes for chemicals that are being phased out under the Clean Air Act.

Global warming potential (GWP) is one of several criteria the EPA considers when listing alternative solutions and timelines for adoption. In particular, hydrofluorocarbons (HFCs) have been shown to have high GWP, and the EPA’s latest actions aim to phase down their use.

“Our scientists have worked tirelessly to create alternative solutions that are available today, and provide similar or even better performance at much lower environmental impact,” Gayer added.

Honeywell’s Solstice product suite provides a broad portfolio of reduced-GWP and low-GWP solutions that are considered acceptable and meet the conditions set out by the new SNAP decisions:

Honeywell’s Solstice yf (HFO-1234yf) is an ideal solution for motor vehicle air conditioning. More than 10 million cars on the road today use 1234yf, and that number is expected to reach 40 million by the end of 2017.

Several high-GWP substances are now listed as unacceptable or subjected to narrowed use limits by 2024. Honeywell’s Solstice zd (HFO-1233zd) and Solstice ze (HFO-1234ze) are suitable low-GWP alternatives that can be found in chillers from more than 15 global manufacturers.

The EPA is phasing out the use of high-GWP HFC foam-blowing solutions across a range of applications, including foams used for insulation in appliances and construction applications like spray foam and extruded polystyrene (XPS). Honeywell’s Solstice Liquid Blowing Agent (HFO-1233zd) and Solstice Gas Blowing Agent (HFO-1234ze) are acceptable alternatives that are currently used by more than 35 manufacturers around the world.

Honeywell and its suppliers are in the middle of a $900 million investment program in R&D and new capacity to produce stationary, commercial refrigeration and mobile refrigerants, liquid and gaseous blowing agents, solvents and propellants based on Honeywell’s hydrofluoro-olefin (HFO) technology, which helps customers lower their carbon footprint without sacrificing end-product performance.

These solutions have GWPs equal to or better than carbon dioxide and at least 99 percent lower than most technologies used today.

Worldwide adoption of Solstice products has resulted in the reduction of more than 31 million metric tons of greenhouse gasesto date, equal to eliminating emissions from more than 6 million cars. Honeywell estimates that increasing global adoption of its Solstice products can remove 475 million metric tons of carbon dioxide equivalent emissions by 2025, equal to removing 100 million cars from the road for one year.