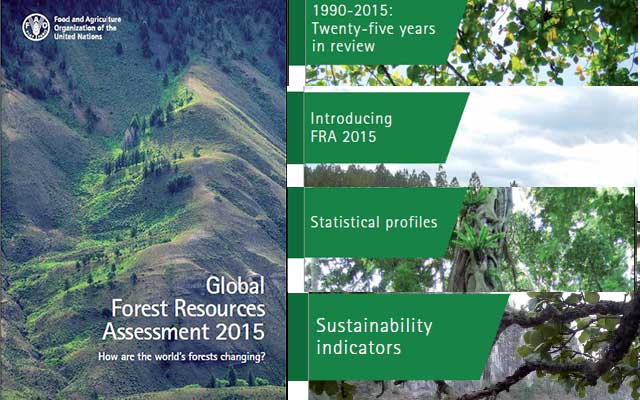 Over the past quarter century net global deforestation has slowed down by more than 50 percent. Food and Agriculture Organization of the United Nations (FAO) has stated this in a report published recently.

Global Forest Resources Assessment 2015, the “most comprehensive forest review” of the FAO to date, states that 129 million hectares of forest have been lost since 1990.

But an increasing amount of forest areas have come under protection as more countries are improving forest management.

The FAO study covers 234 countries and territories and has been presented at World Forestry Congress in Durban, South Africa.

FAO Director-General José Graziano da Silva noted that at present national forest inventories cover 81 percent of global forest area, which is a substantial increase over the past 10 years and added that improved information can form good policy.

“The direction of change is positive, but we need to do better,” the FAO Director-General said. “We will not succeed in reducing the impact of climate change and promoting sustainable development if we do not preserve our forests and sustainably use the many resources they offer us.” 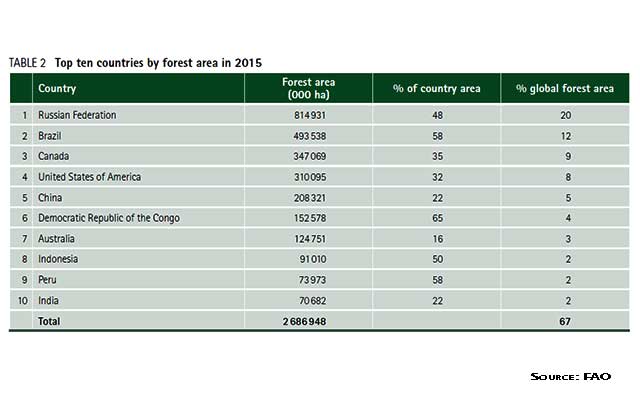 Highlights of the FAO report:

# Tropics were deforestation hotspots since 1990

# Population growth has reduced forest area per person in tropics, subtropics and other climatic regions except temperate

# Planted forest on the rise

# Despite conservation efforts, threat of biodiversity loss persists and is likely to continue with deforestation, forest degradation, pollution and climate change

# Largest biodiversity conservation areas in Brazil and the United States

# Asia reported lower percentage of increase from previous decade (2000-2010) but higher than the increase reported in the 1990s.