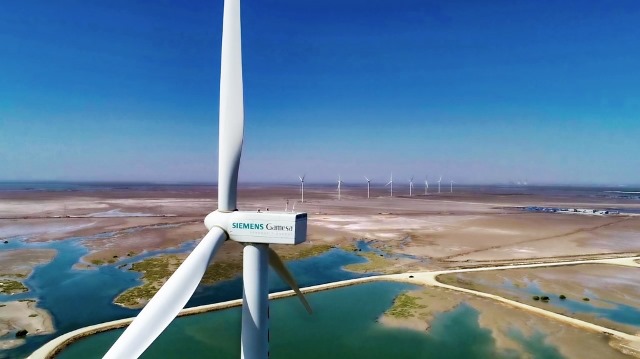 Siemens Gamesa will supply, install and commission a total of 205 units of Siemens Gamesa 2.X turbines for eight projects with a combined capacity of 410 MW. Of the eight wind farms package, two projects have started construction, with commissioning expected in November 2020 and February 2021 respectively.

When fully operational at the end of 2021, these eight wind farms will generate enough electricity to cover the annual needs of up to 600,000 local households with clean and affordable electricity, significantly alleviating the power shortage in Pakistan where 40 million residents have no access to electricity supply.

“As a global pioneer of wind solutions, Siemens Gamesa has a track record of bringing innovative technologies to developing markets across the globe. We’re pleased with the impact and partnership we have been able to make in Pakistan,” said Enrique Pedrosa, chief regions officer of Siemens Gamesa’s Onshore business unit.

Siemens Gamesa signed its first project in Pakistan (50 MW) three years ago. These new eight projects are a giant step in the company’s commitment to being one of the main drivers of sustainable development in the country.

Pakistan is now promoting renewable sources with a focus on wind and solar, which are now the cheapest sources of power in the country. Pakistan government aims to boost modern renewable energy in its energy mix to 30 percent by 2030.

Siemens Gamesa has grown in the Asia Pacific region since the 1980s and has now installed more than 8.5 GW of onshore turbines in China, Pakistan, Japan, South Korea, Vietnam, Indonesia, the Philippines, Thailand, Australia and New Zealand.

On the offshore side, the company completed the installation of Taiwan’s first offshore wind power project in 2019 (128 MW) and in addition reached close to 2 GW of firm orders in the island.