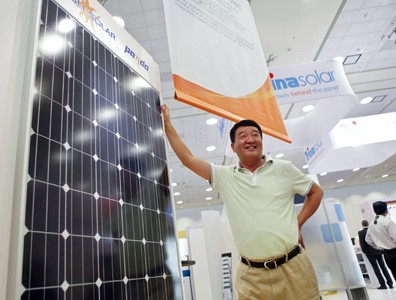 The increase in module shipment is primarily attributed to the increased demand from China and Japan, said Liansheng Miao, chairman and chief executive officer of Yingli Green Energy.

Meanwhile, PV module shipments to Japan in the fourth quarter increased by 11 percent compared to the third quarter and accounted for 20 percent of the total shipments in the quarter.

During this quarter, Yingli Green Energy started to deliver approximately 115MW of PV modules for Japan’s largest solar plant with a total capacity of 230MW and the delivery is expected to be completed in the second quarter of 2017.

“On the technology side, the Company has been actively promoting its patented PANDA Bifacial module, which can generate power not only from the front side, but also from the rear side by leveraging reflected light in the environment,” Miao added.

Yingli Green Energy also completed the development of Smart Hot-spot Free series of panels in the fourth quarter, which can eliminate potential safety hazards such as fire and material degradation and ensure safety and reliability, according to Miao.