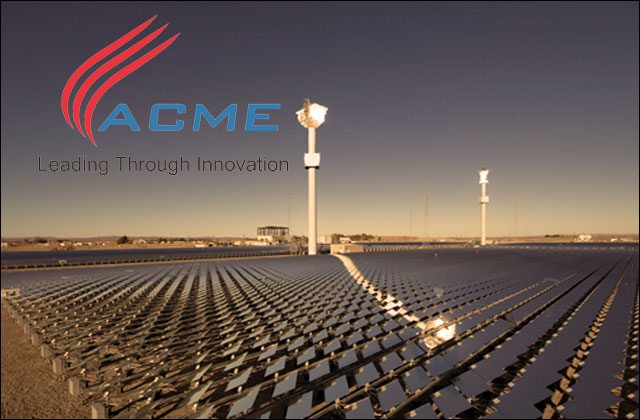 UPPCL is to purchase electricity generated by ACME from a 30-MW solar photovoltaic power project the latter plans to install on 150 acres in Mahoba district.

Under the agreement, ACME is required to supply UPPCL with 50 million units of electricity each year for 12 years at the rate of Rs8.93/KWh.

After the first 12 years, ACME will supply power to UPPCL for another 13 years at the price of eleventh year Average Pooled Purchase Cost (APPC).

According to one estimate, the Mahoba project will cost ACME about $37 million. Work on the project will commence by November and it will go online by August 2016. A 132 kV line has been laid to evacuate the power generated by the solar farm into the state grid.

Uttar Pradesh ranks high among states with the lowest per capita consumption of electricity in India. It recorded the highest deficit of more than 15,000 million units between April 2014 and February 2015. An increase in the number of renewable energy projects in the state is expected to benefit its power situation.

ACME already has more than 900 MWp of projects, including 104 MW in Punjab, 160 MW in Andhra Pradesh and 100 MW JNNSM Phase II Projects in Rajasthan besides smaller projects in Gujarat, Madhya Pradesh, Rajasthan, Odisha and Chhattisgarh.

The company has set itself the target of achieving 7500 MW capacity by 2017. ACME’s 25MW plant at Khilchipur in Madhya Pradesh gave a record output of 25 GWh within six months of installation. It is a for any solar power plant of that scale.