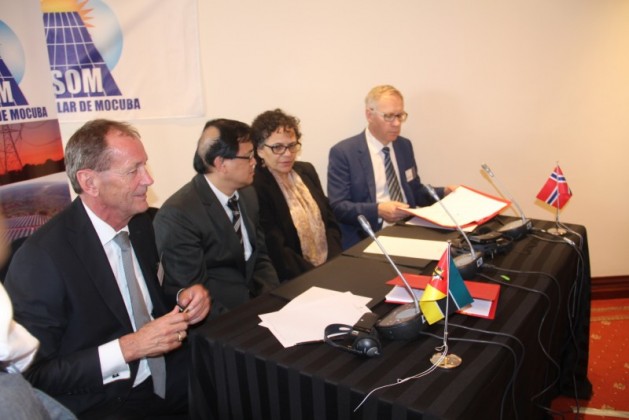 Scatec Solar and Norfund announced they have signed a Power Purchase Agreement to deliver solar power to the state owned utility Electricidade de Mozambique (EDM) for a period of 25 years.

The 40 MW solar project is the first large scale solar plant to be built in the country and represents an important first step in realizing Mozambique’s ambition to increase renewable power generation in its energy mix, the company said.

The plant is located close to the city of Mocuba in the Zambézia Province, and is expected to deliver 77,000 MWh per year of much needed electricity to the northern regions of Mozambique. The plant will deliver power to the national grid and produce enough energy to serve about 175000 households.

A shareholder agreement was also signed between KLP Norfund Investments AS, Scatec Solar and EDM. The required project investment is estimated at USD 80 million.

The parties are targeting financial close and solar plant construction start in the first quarter of 2017.

“Access to reliable energy is a prerequisite for development. Only 3% of the world’s electricity is generated in Africa, although 15% of the world’s population lives here. Clean energy is a focus investment area for Norfund, and we appreciate being a partner in this first independent solar power producer project in Mozambique together with EDM and Scatec Solar,” said Norfund CEO, Kjell Roland.

The Norwegian government has provided economic support as well as technical expertise to the energy sector in Mozambique for several years.