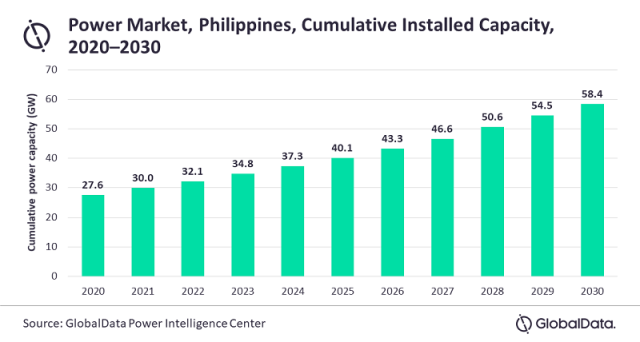 Philippines government plans to increase its installed power capacity from 27.6GW in 2020 to 58.4GW in 2030. Most of the installed capacity is expected to be sourced from thermal power and renewable (excluding hydro) power, says GlobalData.

The power demand in the country is expected to be driven by multiple factors including the rapid industrial growth and increased residential power demand. The government is implementing plans like Total Electrification Program (TEP) for total electrification by 2022.

Since Philippines does not import electricity, it needs to rapidly develop its total power capacity to sustain this growing power demand.

The government plans to increase its solar PV deployment, which will help to reach its target capacity of 15.3GW by 2030 as per National Renewable Energy Program (NREP) 2018-2030.