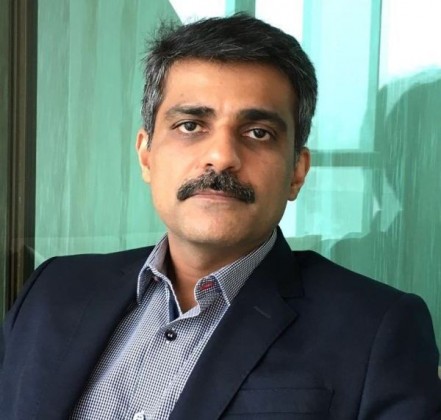 MySun is an India-based online market place for solar energy. The company is looking to establish itself as a key technology organisation trying to help clients realize the benefits of solar power and help them go solar in an easy manner, via MySun tools, solutions and services.

In an interaction with GreentechLead, Gagan Vermani, Founder & CEO – MySun, shared some of the critical concerns the industry is facing and suggested ways to improve solar adoption in India.

GreentechLead: Has the buzz about solar subdued over the past few months in India? Why?

Vermani: With the solar tariffs continuously on a downward trend and breaching new thresholds, solar is actually becoming quite mainstream. A sub-Rs3/kWh Solar PPA, by all analyst expectations, is a few years ahead of its time. And this has meant that for the first time, solar has emerged as a serious alternative to coal based thermal as an energy source. There is no indication that the buzz about solar has subdued, it’s actually the other way round. The unnecessary hype around solar definitely has subdued and it has now become a more serious energy source.

What is preventing widespread adoption of solar in India?

So far, bulk of the solar deployment in India can be attributed to the utility scale solar plants. And it looks all set to reach the 40GW target by 2022, may be even more. But the real challenge lies on the rooftop or distributed solar side where hardly any capacities have been added. The government is trying to get some initial capacity added with the support of subsidies. However, we believe that, though subsidies may help get some initial MWs deployed, the real widespread adoption can only be achieved by removing subsidies for consumers and instead making the implementation of policies like net-metering smoother and faster. And if at all subsidies or incentives are to be given in some form and manner, it should be done for the DISCOMs which today see rooftop solar as a risk as it takes away their paying consumers. As per our analysis, rooftop solar has become financially feasible for most of the energy consumers in the residential, commercial and industrial segments across India. And with the falling prices of solar and increasing grid tariffs, every year, more and more energy consumers can financially benefit by going solar. The other major factors restricting the widespread adoption of solar are: lack of awareness amongst consumers and lack of credible solar buying platforms, availability of solar specific financing products on the lines of home loans or auto loans as banks are not very willing to fund in this segment due to lower project sizes and a different risk perception.

For a specific consumer category, who need off-grid solar systems and therefore need storage of power for meeting their night time load requirements, the cost of batteries poses a major challenge in making inroads there. The good thing is that storage costs are coming down substantially and are likely to become competitive in another 4 to 5 years timeframe.

Taking renewable energy to grid is still a challenge in India. Do you expect things to improve in the next couple of years? Why so?

The pace at which new solar capacities are getting added, the transmission network across India has a lot of catching up to do. On one side, the solar parks are being built and PPAs done with a timeline of 12-18 months, whereas the transmission infrastructure itself is taking much longer to build. This leads to not just a delay in getting power across to consumers swiftly, but it also leads to a huge loss to the government as there is a substantial time gap between the time the bidding happens to the time the PPAs are signed and finally when the projects are actually commissioned. As solar prices keep falling on a quarter over quarter basis, the delay in project execution leads to a huge loss to the state. While the government is working towards improving the transmission infrastructure, we believe that a ready solution to this problem is the use of non-utility solar power for captive consumption. Since in this case, generation takes place at the point of consumption, it eliminates the requirement for transmission and distribution lines. Evacuation of solar power to the grid is only required to be done in case generation is more than consumption, which can be handled by the existing infrastructure much more easily than if all of the generation was exported into the grid.

The tariff structure in India follows a slab structure. The commercial and industrial consumers pay the highest tariff followed by residential consumers. Within residential also, the ones who consume more energy pay a higher tariff. Therefore solar is ideal for these segments as a supplementary source of energy. In terms of returns on investment (ROI), the C&I segment can benefit the most with solar. Moreover, they can also avail of accelerated depreciation benefits which further improves their ROI. At MYSUN, we have mapped the entire country consumer category wise and have come up with fairly accurate data on the financial returns that different types of consumers will get in different parts of the country. Government buildings also pay a high grid tariff so it makes sense for them to switch to solar. As a matter of fact, when you install solar, you first reduce the consumption of your most expensive energy, as our tariff structures are defined slab-wise. Therefore, those residential consumers whose monthly bills are higher stand to gain more by moving to solar energy.

As a solar facilitator, what are your suggestions to boost adoption of solar in India?

Our suggestions are four-pronged. Firstly, the energy consumers should be at the centre of whatever policies and industry practices are adopted. More effort should be put in developing ‘trust’ for solar amongst energy consumers and making them aware about the real benefits of solar customized for their specific needs. The process of buying and comparing different vendors and installers also needs to be standardized. Second, on the policy front, the implementation of net-metering should be made a priority for all DISCOMs and state governments. Today, getting a net-metering connection approval is a tedious and time-consuming process in many states. DISCOMs should be involved and incentivized to promote solar in their distribution areas. And the subsidies should be taken away as they eventually delay the decision making process of potential consumers. Third, there should be a lot more focus and innovation on the financing side. Loans and fiscal/ tax incentives around solar should be offered to consumers willing to make the shift to solar. And lastly, on the technology side, more active innovation and R&D support is required on the storage and smart grid side.

What are the challenges for solar vendors in India?

There are more than 1000 channel partners with MNRE and thousands of other smaller installers in smaller cities and rural areas. The fundamental challenge is the prevailing business model of market reach. Door to door marketing alone is not sufficient to have good conversion rates as selling solar involves a lot of consumer education and patience. Due to this, the cost of customer acquisition in rooftop solar is very high. As installers or developers, we have been used to dealing with DISCOMs, state or central governments, regulators, etc. as they have been the customers or stakeholders. In rooftop solar segment, the customers are the millions of energy consumers. Second, visiting every potential consumer and doing their site assessment from a solar system design and engineering perspective is quite expensive as well as very subjective. There are no easy to use and standard tools which allow these vendors to efficiently do shadow analysis, roof contouring, panel layouting, etc. Lastly, most of the installers do not have the right sourcing or buying power due to their smaller size and lower economies of scale. Plus, they need working capital support. This makes most of the installers uncompetitive in comparison to the larger ones. At MYSUN, we are trying to address all of these gaps.

What is your view on foreign companies entering India for big projects?

Solar probably is one such infrastructure segment in India where there is a plenty of foreign investment, unlike wind or many other sectors. Moreover, a lot of the developers in India are funded by overseas PE/ VC companies. The sector has also seen large foreign energy companies enter India as market players with a vision to create a large portfolio of assets. Even on the solar equipment manufacturing side, a lot of foreign manufacturers have established their manufacturing capabilities in India. Overall, the solar sector continues to be a huge area for interest and focus both for foreign and national players. Over the last few years, there is less off-take on the foreign debt side but that’s purely from market dynamics perspective. The profile of debt by Indian lenders has improved a lot and we are seeing much longer tenure loans at fairly attractive terms compared to their foreign counterparts. Part of this is also due to the fact that Indian lenders now understand solar (and the associated risks or lack of risks) much better after having seen almost 10GW installed capacity already on the ground. In times to come, we expect this trend to continue. The only risk we see is the very aggressive tariff bidding in recent times which may force some developers to bring unhedged foreign debt. That will be suicidal.