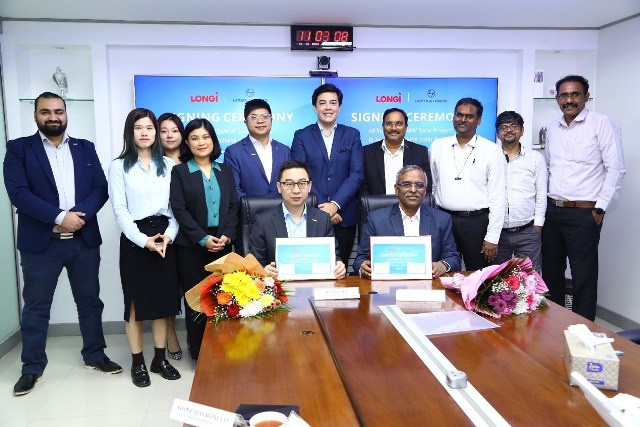 LONGi announced an agreement to provide 1292MW of PV modules to Larsen & Toubro (L&T) for two solar projects under construction in Saudi Arabia.

LONGi VP Dennis She and A. Ravindran, Senior Vice President and Head of the Renewables Strategic Business Group at L&T, jointly signed the agreement, involving two Saudi Arabian projects for which L&T is acting as EPC, at an event held in Dubai.

The first, located in Jeddah and part of REPDO round II, has a capacity of 388MW. The second project, located in the industrial city of Sudair, will have a capacity of 1500MW, for which LONGi was awarded a contract for the first 904MW. Both projects are in line with Saudi Vision 2030, which intends to expand renewable energy’s contribution to the Kingdom’s energy mix.