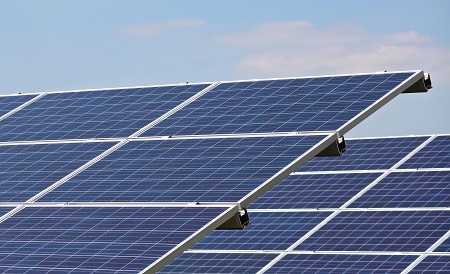 Greentech Lead Asia: The current economic slowdown in many European countries, especially Spain and Italy, has contributed to a significant reduction of FiTs, making these markets less attractive.

With large capacities of solar power already installed, the growth in these markets has been declining for the past few years. As a result, the PV industry is now engaging with new markets that offer opportunities for future growth and give them a more diversified portfolio of market risks.

The solar industry in India has gone from 22MW of installed capacity in January 2011 to over 1GW at the end of October 2012 (all PV).

“Until now, the main drivers for capacity addition in India have been the Gujarat Solar Policy and the National Solar Mission (NSM),” said Tobias F Engelmeier, managing director, Bridge to India.

Projects under these two policies accounted for 80 percent of India’s installed capacity until October 2012. The remaining capacity addition has come from projects under the migration scheme, the Rooftop Photovoltaic (PV) and Small Solar Power Generation programme (RPSSGP), demo projects in some states and some RPOs/Renewable Energy Certificates (RECs) driven projects, according to Bridge to India’s India Solar Handbook.

Currently, growth is centering on grid-connected plants. Reverse bidding auctions in some programs have significantly reduced the FiTs, affecting the profitability of projects. Growth of captive solar power installations will be dependent on the solar REC market in the short term.

India, with liberal policies for the power sector, a high potential for solar power and a variety of central and state-level incentive schemes presents a particularly good opportunity for the solar industry.

The market is supported by FiTs to provide an initial thrust. Further, by introducing the REC mechanism and RPOs, the government is keen to create demand-driven market for solar power in India. In the long-term, however, solar power is a key strategic choice for this energy strapped, large and high growth economy. 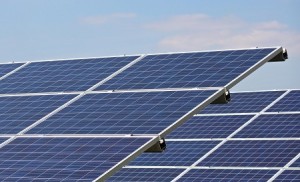 Rajasthan and Gujarat account for 86 percent of the installed capacity in India. Capacity addition in Gujarat is driven completely by its state solar policy. Most of the projects under the NSM opted for Rajasthan as the plant location. The RPSSGP has been a key driver in taking solar installations to the rest of the country. Most of the remaining capacity has come from projects under the migration scheme and some demo projects. Only one project in Madhya Pradesh makes use of the REC mechanism as its off-take.

Capacity additions grew at an impressive pace in the first half of 2012 but have more or less stalled since. The drop in capacity addition is a direct result of the low number of project allocations in the Indian market in the first three quarters of 2011.

The market took off with close to 1.1GW of PV projects allocated between the Gujarat Solar Policy and the NSM, towards the end of 2010.

Since then, the PV market has experienced a lull with allocations of only 350MW by the NSM in December 2011 and another 310MW between the states of Madhya Pradesh, Odisha and Karnataka during the first two quarters of 2012.

However, in the long run, India, with liberalized policies for the power sector, a high potential for solar power and a variety of central and state-level incentive systems, presents a particularly good opportunity for the solar industry.