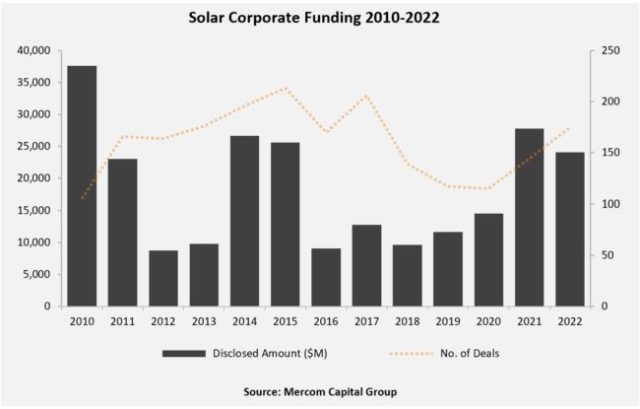 Corporate funding in the solar sector declined 13 percent to $24.1 billion in 2022 as compared to $27.8 billion in 2021. The number of funding deals in solar business rose by over 20 percent, Mercom Capital Group said in its report.

There was a record 128 mergers and acquisition (M&A) transactions in 2022.

There were 268 large-scale solar project acquisitions in 2022, 66 GW of solar projects changed hands, the second highest ever.