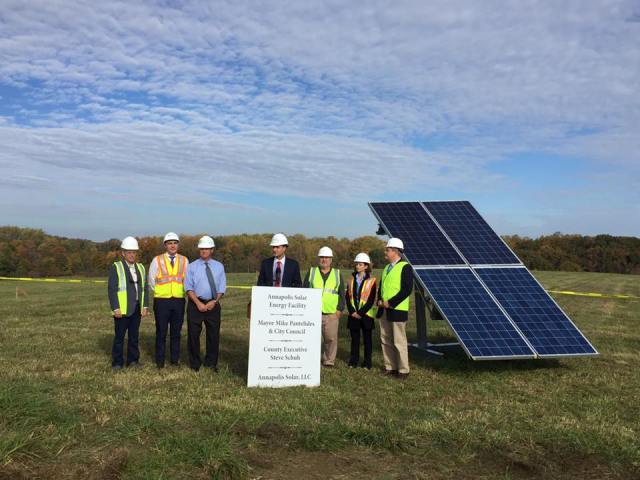 Building Energy, a multinational company operating as a global integrated IPP in the Renewable Energy Industry, started the construction of the Annapolis Solar Park, a 18 MW photovoltaic system stretching over an 80-acre area occupied by a landfill in the City of Annapolis, in Anne Arundel County, Maryland.

This solar park, that will use over 50,000 panels to convert sunlight into electricity, will be the largest solar project exclusively installed on a closed landfill in the United States, according to the Environmental Protection Agency. Building Energy entirely owns the power plant and will operate the facility, the construction of which is expected to be completed in the spring of 2018.

Several subcontracts have been awarded to local firms for the construction and operation of the plant, creating more than 100 green jobs. The project will also bring financial benefits to the City of Annapolis over the next 20 years, ensuring real energy cost savings, the company said.

Fabrizio Zago, CEO of Building Energy, said, “This project represents a new success for our company, which is active along the entire chain of the renewable energy industry, from the development to the operation of renewable energy assets, in US and abroad.”

Building Energy announces the first wind project in the U.S