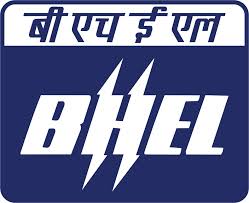 A joint venture company (JVC) formed by a consortium of leading energy companies in India will set up an Ultra Mega Solar Power Project (UMSPP) of cumulative capacity of 4,000 MW in Sambhar Lake area near Jaipur, Rajasthan.

The JVC will be incorporated as a public limited company under the Companies Act with a registered office in Delhi/NCR.

The land for the project will be provided by SSL whereas the equipment will be supplied by BHEL. Power evacuation is managed by POWERGRID and the sale of electricity generated is the responsibility of SECI. Project management is undertaken by SJVNL while O&M will be looked after by REIL.

Expecting to get completed over a period of seven years, the plant shall be built in two phases. Phase I will produce 1,000 MW and the remaining 3,000 MW will be completed in different phases.

The production potential of the plant is estimated to be 6400 million units of electricity per year, with a plant life of 25 years. It will help reduce carbon footprint by over 4 million tons per year.