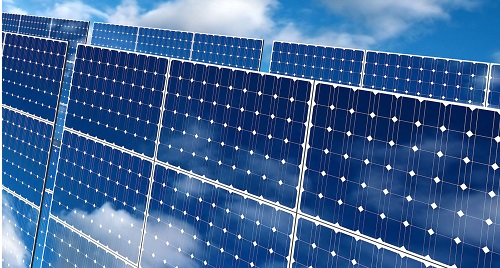 Indian solar industry has reached from 22MW of installed capacity to over 1GW at the end of October 2012.

Gujarat introduced a solar power policy in the state in 2009, even before the introduction of the NSM. The current policy is in operation till 2014 and had an initial target of 500MW. But ultimately, 958.5MW of solar power projects were allocated in the state. This is because the regulators expected a part of the allocated capacity to not reach completion due to the primary challenges of land acquisition, financial closure and availability of grid infrastructure. Only 14 percent of the allocated capacity was commissioned by the completion deadline of December 31st 2011.

As of October 30th 2012, 708.81MW has been commissioned under the Gujarat Policy, according to Bridge to India’s India Solar Handbook 2012.

Gujarat has been the only policy in the country which had a fixed tariff, and did not follow the reverse bidding mechanism. The tariffs were revised on January 28th 2012. The revised tariffs are lower than those under the previous phases of the policy.

Phase three of the Gujarat Solar Policy is expected to be released in 2013. The state has already fulfilled its RPO and is currently a power surplus state. Thus, as per government officials, the new projects under the Gujarat Policy shall be led by the REC mechanism.

But the REC mechanism as it currently stands with its short term price visibility might not be the most viable option for the state which is only looking at solar from a long term perspective. Thus, as per BRIDGE TO INDIA, the phase three allocations under the policy shall take place only after some amendments for RPO enforcement and REC mechanism are undertaken.

The lack of interest in the CSP projects can be attributed to the fact that a 10MW ceiling on every CSP project was too low to attract developer’s interest. The lowest successful bid for €0.12/kWh was submitted for a 10MW PV project by Helena Power Private Limited, while the highest successful bid of €0.13/kWh was for a 7MW PV project by Welspun Solar AP Private Limited. The state has also removed all wheeling charges for the transmission of solar power within the state to encourage investment in the sector. The Karnataka Solar Power Policy has no DCR.

The Rajasthan Solar Policy was launched in July 2011. It had a target to allocate 12GW of solar power in the state by 2022. As a part of its first phase the policy aimed to allocate 50MW of rooftop PV of 1MW each and 100MW each of PV and CSP projects. However, as per an announcement by Rajasthan Renewable Energy Corporation (RRECL), the project allocation has been indefinitely delayed. According to the RRECL, this is because the state is already fulfilling its RPO through NSM and RPSSGP.

However, the delay could also be attributed to the negative net average income of the various distribution utilities in Rajasthan, that amounted to€1,784m in 2011.

The policy for implementation of solar power based projects in Madhya Pradesh was passed by the state cabinet in July 2012. It is expected that the state will allocate 800MW of solar power under the policy. The projects will be divided into four solar parks of 200MW each. However the policy document does not offer any clarity on the total targeted capacity addition, the timeframe for the execution of the policy, eligible entities, the method of allocating projects or the incentives under the policy. 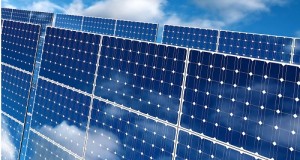 The Andhra Pradesh State Solar Policy was released on September 26th 2012. The operating period of the policy extends to 2017 and applies to all grid connected solar projects that sell directly to a third party or through the REC mechanism. In order to incentivise projects AP had removed all wheeling and transmission charges and allowed banking within the time frame of a year (except between February and June or within a single day). The policy also includes exemption from Cross Subsidy Surcharges (CSS) and Electricity Duty, and a refund on Value Added Taxes (VAT) on all components of the plant and on stamp duty and registration charges on the purchase of land. RECs can be availed under the policy over and above the other incentives.

Tamil Nadu will provide a GBI for rooftop solar power through net-metering in which power producers will have to install a separate meter to measure power generation. A capacity of 50MW is proposed to be added through this process. The remaining 300MW under the rooftop installations is expected to come from government buildings and other government schemes for rural and urban lighting.

For a target of 1,500MW of utility scale projects till 2015, the policy targets an installation of 1,000MW from the fulfillment of Solar Purchase Obligations (SPOs). These obligations have been mandated at 3 percent till December 2013 and 6 percent from 2014 onwards on various power consumers such as Special Economic Zones (SEZs), IT parks, industrial consumers guaranteed with 24/7 power supply, colleges, telecom towers, residential schools and all buildings with a built up area of more than 20,000 square metres.

Obligated entities can fulfill their SPOs by doing one of the following: generate own solar power, buy solar power from a third party within Tamil Nadu, buy RECs or buy solar power from the state DISCOMs at the solar tariff. The realization of this target is dependent on the enforcement of these SPOs by the local authorities. Any provision of penalty for not meeting such obligations is not highlighted in the policy document.

The remaining 1,150MW of the policy target is expected to come up using the existing REC mechanism. Unlike the recently announced Andhra Pradesh Solar Policy, the Tamil Nadu solar policy does not provide any significant incentive for REC projects to come up in the state. These installations are expected to be driven in sync with the national REC market.

Kerala has targeted a capacity addition of 10MW through rooftop PV systems with the Agency for Non-Conventional Energy and Rural Technology (ANERT). Each applicant can register for only a 1KW non-grid connected system, thus the target audience for the policy are only households and small cottage industries.

Under the policy, ANERT estimates the cost of a 1KW solar PV system with storage to be €3,846. For the installation of such a system, ANERT will provide financial support of €600/kWh. In addition to this, the system is eligible to receive a 30 percent financial subsidy or financial support of €1,246/kWh, from the MNRE, whichever is lower.
Uttar Pradesh Solar Policy

Uttar Pradesh has released the second version of its draft solar power policy, which aims to allocate 1GW of solar in the state by 2017. The state nodal agency Uttar Pradesh New and Renewable Energy Development agency (UPNEDA) has distributed this target in five stages.

The policy in this version has removed all wheeling charges for sale of solar power to a third party. The policy has an eligibility criteria by which only developers with prior experience of commissioning a solar power plants of a certain size and with a certain amount of initial investment are eligible to bid for projects.

Though the state may seek to ensure the surety of a project being commissioned successfully through this criterion, it also narrows down the competitive field considerably and the opportunity for new players looking with a long term strategic outlook towards solar. The current draft is being revised after new inputs from the chief minister of the state.

Punjab has formulated a renewable energy policy that covers solar, wind, biomass and small-hydro power. The state has a solar carve out under this policy of 0.19 percent by 2015, which will require it to add 65MW of solar into the energy mix. The nodal agency, Punjab Energy Development agency (PEDA), aims to add 200MW by 2020 through competitive bidding. However, the policy allows a developer the flexibility to enter into a private PPA directly with a state DISCOM or participate in the competitive bidding process.