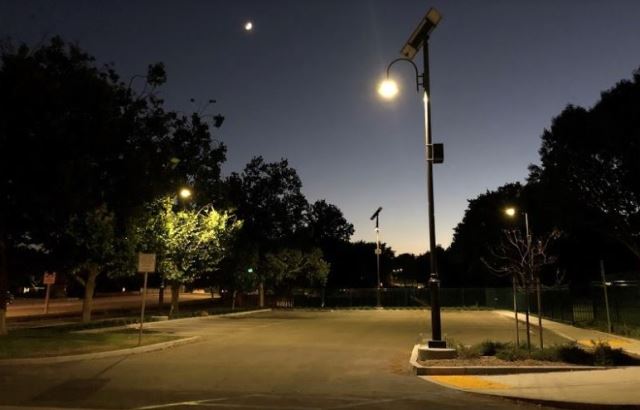 There’s no doubt that solar energy has been a fantastic source of renewable energy.

Several studies have shown that using photovoltaic panels to generate power has a significant impact on reducing the overall carbon footprint. SEIA states that the solar industry has reduced greenhouse emissions by an equivalent of planting 1.6 billion trees.

A 2017 study by Nature Energy claims that solar has an “amazingly low” carbon footprint–it’s clear solar energy has definitely helped us all breathe a little easier. We have the power of silicon to thank for that.

In addition, solar cell prices have dropped significantly in accordance with Swanson’s Law, demonstrating that the future of energy still lies in solar. It’s a crucial method of harnessing renewable energy for commercial and residential applications, transportation, and even waste recycling. Solar energy is now much cheaper than ever before, and at the forefront of a revolution in green energy that will push back the encroaching energy crisis further.

However, that doesn’t mean solar energy is inexpensive to begin with. Utilizing green energy is imperative to seeing a reduction in greenhouse gas emissions, but many worry about “breaking even” with solar. Admittedly, solar panels can cost more up front for utility and the breaking even period can sometimes take several years, especially when it comes to residential applications.

However, there’s an application of solar energy that breaks even typically on the first day of installation. When it comes to public lighting, using solar panels to power light fixtures is actually a lot cheaper than you might recognize. The reason is because solar panels provide the energy for the lights instead of an expensive underground infrastructure. A single commercial light that uses solar can save hundreds of dollars on day one of installation because it doesn’t need trenching, backfill, wiring, or energy fees (solar energy is free, by the way).

For public utility, however, it’s not very common to have a single light installed. City streets, roadways, and parking lot lights are often deployed in projects of several lights at once. A common number of lights for a parking lot is about 10 lights total. So take the trenching, wiring, backfill, and energy fees (a year) for a single light, then multiply that by 10. You’ll get a general ballpark fee of how expensive it is to connect and operate lights just for a year.

How about 10 years? The price can definitely add up. It also depends on the location of the lights themselves. If you’re installing new lights into a parking lot, you’ll need to hire workers to break up the concrete and then wire the lights together to the electrical infrastructure underground. Then, there’s the process of re-paving the lot.

Some lights need to be installed in terrain that just doesn’t play well with digging, especially in more arid climates where the soil is a lot more like rock instead of dirt. To trench into that territory, you’ll need to hire workers with specialized equipment able to trench deep into the soil.

The average depth of a power connection is about 24 inches deep, so we’re not talking about any shallow-surface trench, either. And there’s also the time it takes to complete the labor, just to get power to the lights in question–which may or may not be located near a central power connection.

So with all these fees, equipment, and labor costs, how much would you think it costs to trench a linear foot? There are a lot of factors, as expected, but the average cost per linear foot can range anywhere from 8 dollars to 25 dollars. So if you need to connect 10 lights in a series circuit (which is likely to fail if one light has a connectivity problem) and each light is 25 feet away, you’re looking at 200 dollars on the low end, and 625 on the high end. That doesn’t include backfill fees, equipment rental, or labor hours. As before, the price adds up.

That’s particularly why solar lights are so popular for public utility. The hassle and price for connectivity is waived since the energy is drawn from the sun. It’s a green-energy solution more cost-effective than traditional lighting. A pretty big win-win.

If you’re out with friends or family at night and you come across a public light, whether it’s a street or parking lot light, look and see if it operates on solar power. There’s a lot of science packed inside of that little panel, and it’s helping us see a cleaner, brighter future. Solar lights are just a small component of the overall renewable energy revolution, but they also help businesses and cities power commuter grounds in a very inexpensive way.