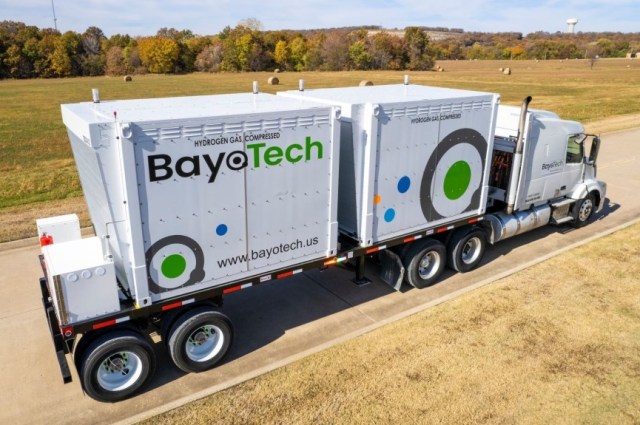 BayoTech, an innovator in hydrogen solutions, has received an order for four HyFill hydrogen transport trailers from Chevron.

Chevron will use BayoTech’s transport trailers to distribute high-pressure gaseous hydrogen for power generation, transportation, and industrial applications in the western United States. Delivery is scheduled for Q1 2023.

Since 2001, BayoTech has delivered over 600 high-pressure transport and storage systems to the world’s leading manufacturers and distributors of industrial gases for hydrogen, natural gas, nitrogen, and helium applications.