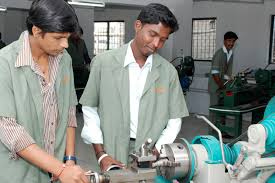 With an aim to meet the increasing power sector requirements in the next few years, India government has designed a three-year roadmap for the skilling targets for the National Power Training Institute (NPTI).

In the current year, the NPTI has trained about 18,700 people in various skills related to the power sector, the minister added.

“Prime Minister Modi has always focused very deeply on the skills development program. Unless the education and skills start from the bottom, we will not be able to set things right at the top,” said Piyush Goyal, Union Minister of State for Coal, Power and Renewable Energy.

The minister was inaugurating the fourth annual edition of the One Globe knowledge conference in New Delhi.

India has to keep a target of skilling nearly 500 million people by 2022, according to experts.

Amidst various challenges India is facing on skills development and employment generation, the government of the country is making all efforts to address these challenges.

Three trends including mobility, connectivity and ubiquity will be the key drivers that will enable the focus of Prime Minister Modi’s agenda of ‘Smart Cities’, ‘Digital India’ and ‘Make In India’.

The theme for this year’s One Globe conference is on the potential of the government’ initiatives like Make in India, Digital India and Smart Cities for building a 21st century knowledge economy in India and South Asia.

Cisco is the lead partner for the conference.