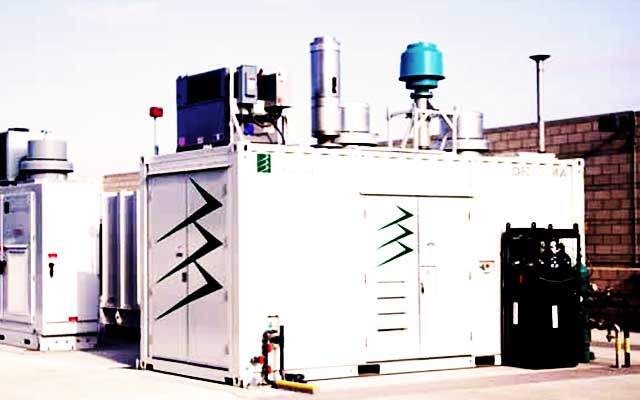 According to The Times of India, Siddharth Mayur, the founder president of h2e Power Systems, has developed the system which uses biogas produced from the breakdown of organic materials such as agricultural waste in the absence of oxygen.

Siddharth has told ToI that his fuel cell uses biogas, ammonia, other gaseous hydrocarbons or liquid fuels such as methanol and ethanol. “The input is renewable,” he says.

The emissions from this process include a small quantity of carbon dioxide, distilled water, and usable heat at 800 degrees Celsius. Siddharth commissioned the first SOFC generator on August 15. The project was executed in collaboration with Germany’s Fraunhofer IKTS.

Currently, the fuel cells Siddharth’s company is producing are of 10–500 kw capacity. He believes he can produce systems with per kilowatt cost at just under Rs1 lakh ($0.0015 million) compared with Rs2.5 lakh ($0.00376 million) that conventional systems cost.

SOFC technology uses natural gas as the source for hydrogen in a fuel cell which combines it with oxygen to generate electricity.

“Subsidy linked products do not have long life and once the subsidy period ends, the product too finishes in the market,” he says. The commercial product will be launched next February and it will be used at telecom towers and commercial establishments.