Home Other Industry News IKEA to install fuel cell system at the California store for clean... 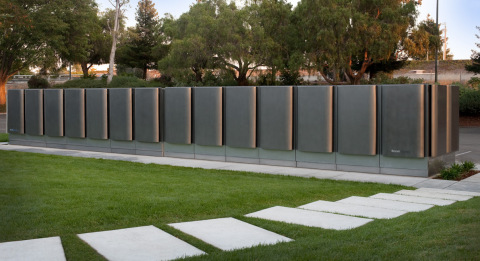 IKEA is planning to install a fuel cell system manufactured by Bloom Energy at its store in Emeryville, CA.

It is expected that the fuel cell system will be installed, commissioned and activated by this summer, 2015.

The system is estimated to produce approximately 2,497,651 kWh of electricity annually for the store.

This will be equivalent to reducing 1,304 tons of carbon dioxide or equal to providing electricity for 163 homes yearly.

This project will be the first global attempt by IKEA to convert biogas into electricity through a clean electro-chemical process.

The 300 KW system is slightly larger than a commercial back-up generator, operating on biogas.

Combined with the solar energy system already installed atop the store, these fuel cells will help generate more than a majority of the store’s energy needs.

This fuel cell technology development demonstrates company’s goal to be energy independent by 2020.

In US, IKEA has already displayed its solar presence at nearly 90 percent of locations, including a geothermal heating and cooling system at two stores, and two wind farms with 104 turbines.

By 2016, IKEA will be selling only L.E.D. The firm also has installed EV charging stations at 13 stores, with plans for more locations.

There are currently more than 360 IKEA stores in 47 countries, including 40 in the U.S.