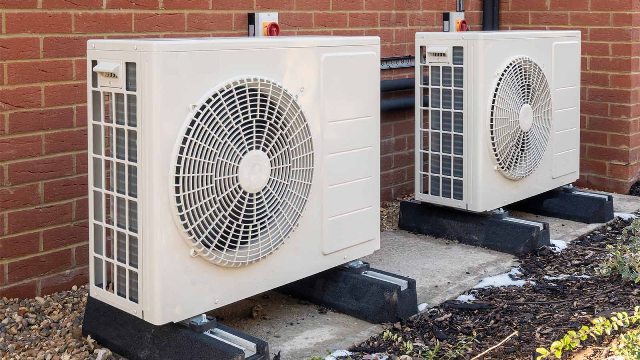 Energy crisis will accelerate the sale of heat pumps to record levels in the coming years, International Energy Agency says in a report.

The heating of most buildings – such as homes, offices, schools and factories – still relies on fossil fuels, particularly natural gas. Heat pumps are a climate-friendly solution, which help consumers save money on bills and enable countries to cut reliance on imported fossil fuels.

Global heat pump sales grew by nearly 15 percent in 2021, double the average of the past decade, led by the European Union where they rose by around 35 percent. Sales in 2022 are set to hit record levels in response to the global energy crisis, especially in Europe where some countries are seeing sales double in the first half of 2022 compared with the same period last year.

Annual sales of heat pumps in the EU could rise to 7 million by 2030 – up from 2 million in 2021 – if governments succeed in hitting their emissions reduction and energy security goals. Heating buildings accounts for one-third of EU gas demand today.

Heat pumps could reduce that demand by nearly 7 billion cubic metres (bcm) in 2025 – roughly equal to the natural gas supplied via the Trans Adriatic Pipeline in 2021. This annual gas saving would grow to at least 21 bcm by 2030 if EU climate targets are met.

“Heat pumps are an indispensable part of any plan to cut emissions and natural gas use, and an urgent priority in the European Union today,” said IEA Executive Director Fatih Birol. “The technology is tried and tested, even in the coldest of climates.”

Heat pumps cost less over their lifetimes than fossil fuel boilers, thanks to their higher efficiency. At today’s energy prices, annual energy bill savings for households that switch to heat pumps can range from USD 300 in the United States to USD 900 in Europe.

The costs of purchasing and installing a heat pump can be two-to-four times as much as those for a gas boiler. Financial incentives for heat pumps are available in over 30 countries, which together cover more than 70 percent of heating demand today. Many of them also provide additional support to low-income households where energy savings from a heat pump can be significant, ranging between 2 percent and 6 percent of household income.

The IEA estimates heat pumps have the potential to reduce global carbon dioxide (CO2) emissions by at least 500 million tonnes in 2030 – equal to the annual CO2 emissions of all cars in Europe today.

Leading manufacturers are seeing promising signs that today’s momentum and policy support could put the industry on a trajectory that triples sales by 2030 – and they have accordingly announced plans to invest more than USD 4 billion in expanding heat pump production and related efforts, mostly in Europe.

Opportunities exist also for heat pumps to provide low-temperature heat in industrial sectors, especially in the paper, food and chemicals industries. In Europe alone, 15 gigawatts of heat pumps could be installed across 3 000 facilities in these three sectors, which have been hit hard by recent rises in natural gas prices.

The expansion of heat pumps presents some challenges, but the report highlights solutions to these barriers. Heat pumps will increase electricity demand, though energy efficiency can greatly reduce the impacts on the grid, alongside improved grid planning.

Global heat pump supply and installation could require over 1.3 million workers by 2030, nearly triple the current amount, raising the potential for skilled labour shortages, especially for installers. Special training programs and the inclusion of heat pumps in certifications for plumbers and electrical engineers could help avoid the risk of shortages in skilled labour.

The additional global upfront investment in heat pumps required to reach announced climate pledges reaches USD 160 billion annually by 2030. However, these costs are outweighed by the economy-wide savings on fuel, especially if energy prices remain close to their current levels.