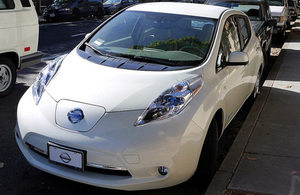 The UK ministry plans to provide £43 million grant to install chargepoints for promoting plug-in vehicle market in the country over the next five years.

The funding marks a milestone in the promotion of ultra-low emission vehicles (ULEV) enhanced with government aids.

The total injection will be split into two sub-funds including a £32 million for plug-in vehicle infrastructure and £11 million towards research and development.

Out of this£32 million, nearly £15 million will be put towards the Electric Vehicle Home Charge Scheme, which subsidizes the installation of charging points at home.

A series of new charging points will be introduced at key locations including hospitals, homes, railway stations and on major roads by spending around £8 million, with an aim to establish UK among greener transportation infrastructure.

Around £9 million will be spent on the maintenance and accessibility for users of the charge point network.

The second sub-fund has £11 million allotted for technology innovation in the low-emission vehicle segment.

Research funding will be provided to 50 organizations, which will include major universities and small businesses. They will effort together on 15 research and development projects.

In addition, ULEV drivers will receive a 75 percent grant of up to £700 towards installation from 13 April 2015.

These projects will mainly focus on the evolution of a recycled carbon-fiber material for making lightweight, low-cost vehicle chassis design for mass market production in future, supported by Gordon Murray Design.

Another project in the pipeline is the creation of a zero-emission electric bus with hydrogen fuel cell range extender technology at a fraction of the cost of the current-generation hydrogen buses.

Go Ultra Low is a one-stop solution for anyone seeking further information on the types of vehicles available and government grants.

The vehicles were judged by 27 of Britain’s automotive journalists. Each judge uses their expertise to pick out the top performer in 12 vehicle categories, before deciding the overall winner from their favorites in each class.