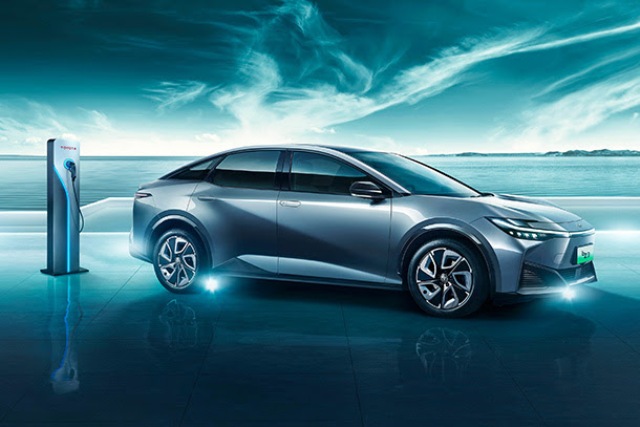 Toyota Motor announced the launch of an electric sedan — powered by BYD batteries and will be produced and sold in China.

The Japanese automaker said the car would be called the Toyota bZ3. It did not say when the electric vehicle will be available in showrooms.

It is the second model in the new Beyond Zero (bZ) series of battery electric vehicles (BEVs) from Toyota.

The bZ3 was developed jointly by Toyota and BYD engineers. It will be produced by and sold through the FAW Toyota dealer network.