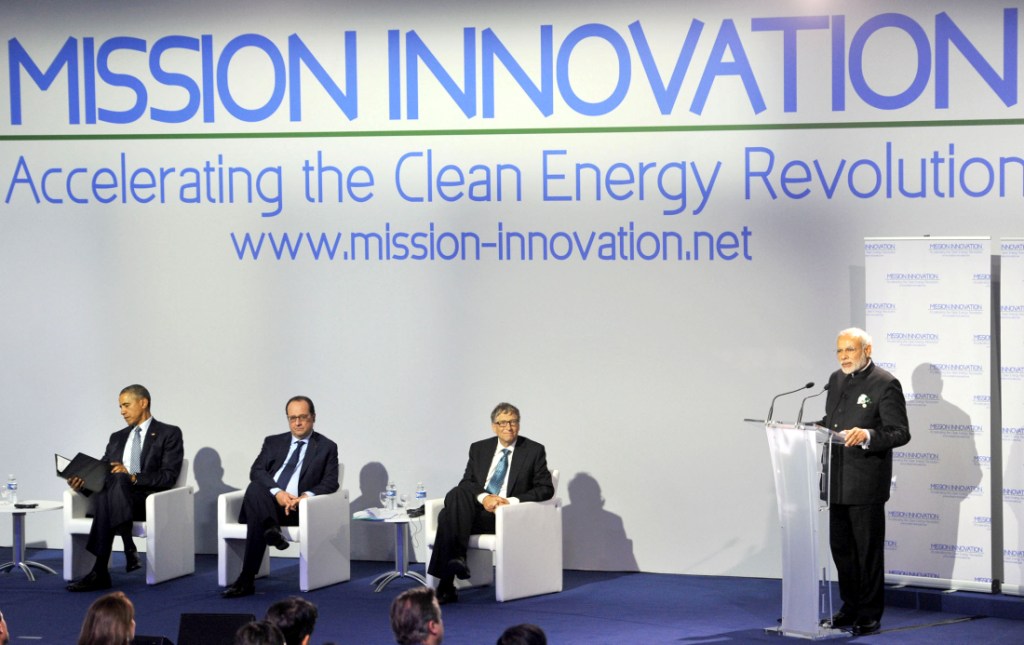 “By 2030, we will reduce carbon emissions intensity per unit GDP by 33-35 percent of 2005 levels, and 40 percent of our installed capacity will be from non- fossil fuels,” Modi said at the Paris Climate Meet in Paris, France.

“We will achieve 33 percent reduction in carbon emissions by expanding renewable energy by adding 175 GW of renewable generation by 2022. We will enlarge our forest cover to absorb at least 2.5 billion tons worth of carbon dioxide,” said Modi.

India has 1.25 billion people. Out of this, 300 million do not access to energy.

India will be reducing dependence on fossil fuel through levies and reduction in subsidies; switching sources of fuel where possible; and, transforming cities and public transportation in order to reduce carbon emissions.

“We hope developed nations will assume ambitious targets and pursue them sincerely. It is not a question of historical responsibility. They (developed nations) have the most room to make the cuts and make the strongest impact,” said Modi.

“With the little carbon space we still have, developing countries should have enough scope to grow. This also means aggressive mitigation action by developed countries before 2020, including ratification of 2nd Commitment period of Kyoto Protocol, removing conditions and revisiting targets,” said Modi

The principles of equity and common but differentiated responsibilities must remain the bedrock of our collective enterprise across all areas – mitigation, adaptation and means for implementation. Anything else would be morally wrong; and disparities, said Modi.

Modi said developed countries must fulfill their responsibility to make clean energy available, affordable and accessible to all in the developing world. This is in our collective interest.

India looks to the developed countries to mobilize $100 billion annually by 2020 for mitigation and adaptation in the developing countries. They must fulfill their commitment in a credible, transparent and meaningful manner.

Modi said we need an ambitious technology initiative, driven by a public purpose, not just market incentives. For this, we need to scale up Green Climate Fund that will improve access to technology and intellectual property.

“We still need conventional energy. We should make it clean, not impose an end to its use. And, there should be no place for unilateral steps that become economic barriers for others,” Modi said.