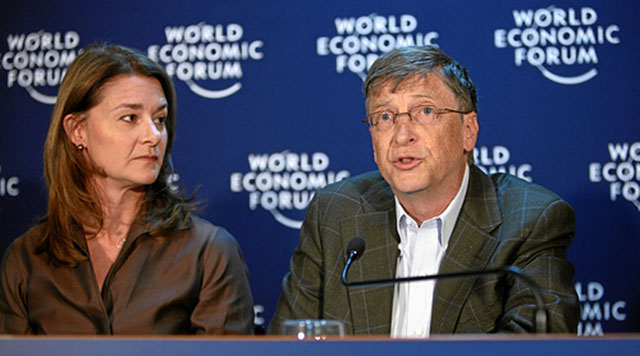 Bill and Melinda Gates Foundation, the charity run by Microsoft co-founder Bill Gates and wife Melinda, has investments to the tune of $ 1.4 billion in some of the world’s biggest fossil fuel companies.

The Guardian has reported this based its analysis of the tax filing made by the charity for 2013.

The newspaper points out that even while the foundation has been campaigning against climate change it has also been investing in such companies that are part of the causes of this threat.

The Bill and Melinda Gates Foundation and Asset Trust is the world’s largest charitable foundation. It has an endowment of above $ 43 billion and has already given out $ 33 billion in grants to health programmes around the world, including one that helped rid India of polio in 2014.

The Guardian has been asking the foundation to sell their fossil fuel investments.

The medical journal Lancet and University College London said in a report that climate change was “the biggest global health threat of the 21st century”.

If governments keep their promise of controlling global warming at under 2C, the existing fossil fuel reserves are adequate to meet the world’s needs. But big oil companies are continuously exploring new oil deposits.

The exploration of fresh oil reserves is apparently being allowed to thrive as fossil fuel assets may pose a “huge risk” to pension funds and other investors that could be rendered worthless by action to slash carbon emissions.
In their annual letter in January, Bill and Melinda Gates had written: “The long-term threat [of climate change] is so serious that the world needs to move much more aggressively – right now – to develop energy sources that are cheaper, can deliver on demand, and emit zero carbon dioxide.”

But the Gates foundation has invested in 35 of the top 200 companies as ranked by the carbon held in their reserves.

Caribbean needs to invest $30 billion to reduce fossil fuel use