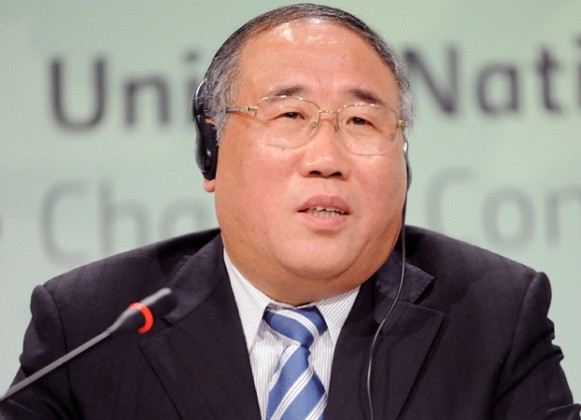 Uncertain of what the near future beholds in terms of financial curtailing if new US administration keeps its words and rolls back on climate change mitigation attempts, the BASIC nations on Thursday said that there can be no backtracking by developed countries on the Paris Agreement.

Noting that they are acting on the ground, representatives and ministers from Brazil, South Africa, India and China (BRICS), the four fastest growing industrial economies, said here that the COP22 was action oriented and hoped that the $100 billion commitment by the developed countries for the developing nations will be fulfilled.

“A wise leader will follow the historical trend. We should have faith,” said Xie Zhenhua, China’s special representative for climate change.

He added that China’s objective would remain unchanged and urged the developed countries to “re-read” the Paris Agreement and speed up the financial support that they have to.

Indian Environment Minister Anil Dave said: “Coming from world’s largest democracy, we think that power comes and goes. Not all that that is said during elections are generally not adhered to after coming into power. Lets wait for few months more and see the situation.”

Speaking on the issues of finance, Molewa said that if no solution is reached in the ongoing Marrakech Climate Talks, which ends on Friday, the grouping would continue the negotiations for long term financing.

Speaking of agriculture, to which the negotiations could remained inconclusive during COP22, as developing nations had their reservation concerning food security, Molewa said that parties have agreed to draft and redraft the unified text.

“Developing countries are being challenged in food security, farmers are challenged to mitigate with the climate change, and then there are droughts and floods. This is something really concerned us. WE are nearing decision and concluding this matter,” she said.