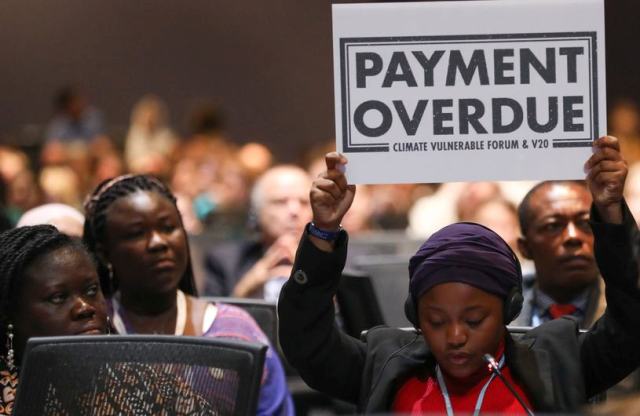 UN has revealed that negotiators are trying to make a final push for a deal at the COP27 climate talks in Egypt on Saturday, as disagreements over money forced the two-week talks into overtime.

The result of the conference, which was meant to end on Friday, is widely seen as a test of global resolve to fight climate change, as a war in Europe and rampant consumer inflation distract international attention.

“I remain concerned at the number of outstanding issues, including on finance mitigation, adaptation, loss and damage and their inter linkages,” COP27 President, Sameh Shoukry, told delegates reunited at the plenary of the Sharm el-Sheik International Convention Centre.

Shoukry urged parties to work together to resolve the outstanding issues as swiftly as possible and added that he hopes to finalize the conference by Saturday.

Earlier on Friday morning, in an effort to spur the talks along, UN Secretary-General Antonio Guterres met separately with members of the European Union and the Group of 77 and China – which comprises almost all developing countries.

An official draft of the agreement released on Friday morning reaffirmed past commitments to limit global warming to 1.5 degrees Celsius – the point at which scientists say the effects of climate change will get much worse.

But it left crucial issues unresolved, including the main sticking point between rich and poor nations of how to compensate countries already ravaged by climate-driven floods, droughts, mega-storms and wildfires.

In a potential breakthrough, the European Union said late on Thursday it would back the demand of the G77 group of 134 developing countries to set up a fund to help them cope with so-called loss and damage.

It was unclear on Friday whether developing countries would accept the EU’s stipulation that the funding come from a broad base of countries including China, and that only the most vulnerable countries benefit from the aid.

Delegates were still waiting to learn how the United States and China would respond.

Some countries, including the EU and Britain, have also pushed for the overall deal in Egypt to lock in country commitments for more ambitious climate action.

Others, including India, are hoping the final deal asks countries to phase down all fossil fuel use, instead of just coal – an idea that resource-rich countries, especially in Africa, have resisted.

A deal at COP27 must be made with support from all of the nearly 200 countries present, news reports said.