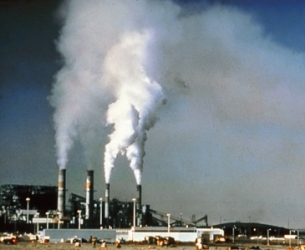 India’s technology hub, that had become an international byword for outsourcing, is gasping for fresh air as high vehicular emissions, increasing industrial fumes and rising dust from construction activities are polluting its atmosphere and harming its 10 million denizens.

Once known to be a pensioners’ paradise for its salubrious climate and greenery, the garden city, which is also Karnataka’s state capital, is no more what it was till the turn of the century, as explosive growth, poor infrastructure, indiscriminate felling of trees and encroachment of lakes/water bodies have turned it into a ‘smoke’ city, competing with rivals for being the most polluted.

“The air quality in the city’s thickly populated, commercial and industrial areas has deteriorated at an alarming rate over the years due to influx of people and vehicles, and the state government’s failure in regulating reckless growth,” Karnataka State Pollution Control Board (KSPCB) chairman Vaman Acharya told IANS here.

Air quality monitoring by the regulatory body also revealed that the respiratory suspended particulate matter, containing dust, sulfur dioxide, nitrogen dioxide and other pollutants exceeded the national limit of 60 Aug/M3 in 13 of the 15 stations located across the city last fiscal (2014-15).

“With vehicular density increasing to a whopping 5.6 million, the city has one vehicle for every two persons. As most of them ply on gridlocked roads burning fossil fuels and polluting, there is no fresh air to breathe,” Acharya lamented.

Similarly, unprecedented construction activity without protective measures kicks up a lot of dust, while guzzling diesel generators foul the ambiance.

The board’s direction to the state transport department for restricting new vehicles in the city has remained on paper in the absence of an enforcing law.

In a bid to restrict the entry of new vehicles from about 1,000 a day, the watchdog suggested registration on alternate days, only if parking space is available and selling fuel to vehicles with a PUC (pollution under control) certificate.

“We also told the transport department to stop allowing 15-year-old vehicles plying in the city and selling them where pollution levels are low,” Acharya recalled.

Contrary to fears of industrial pollution in the city, a reality check of industrial areas revealed that they were not purveyors of pollution as their presence is inversely proportioned to that of the knowledge sector.

“Bengaluru is not an industrial town but a knowledge hub. They (industries) are scattered and located on the city’s outskirts. To think pollution means industry is a foolish notion and it does not apply to modern cities,” Acharya asserted.

Reckless construction up to road and building violations grossly have left no space for free movement of air in most localities of the city.

“City and building planners have not thought about open and lung spaces for air corridors and restricting construction to 25-30 percent of the road,” the regulator noted.

Being in a land-locked location, Acharya observed that Bengaluru does not have as much wind movement as coastal cities like Chennai, Kolkata or Mumbai to take pollutants away from the city.

To check pollution, the chairman has advocated greater public transport, Metro rail services, increasing use of cycles, heavy entry fee on vehicles, allowing only four-stroke autorickshaws – as their two-stroke versions are most pollutant due to mix of kerosene in fuel – and a ban on vehicles which are not Bharat stage IV emission norm compliant.

“Only electric-driven vehicles should be allowed to ply in the central business district, government should promote public transport and charge heavy-duty vehicles entering the city from outside,” Acharya reiterated in an effort to tackle the pollution menace gripping the state capital.

The board favours adoption of a Delhi model in Bengaluru to run transport vehicles, including city buses on cleaner fuels such as LPG and CNG to check emission of fumes.