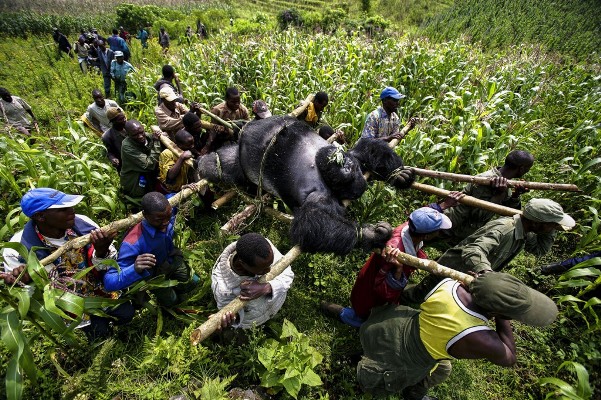 VCS is the world’s foremost voluntary Greenhouse Gas program and this pioneering action offers the possibility for further carbon certification in DRC.

This partnership, with one of the most exceptionally biodiverse places in the world, is a first in eastern DRC for Aera Group, company officials at Aera Group said.

Matebe hydro-plant is part of a wider investment plan, called the Virunga Alliance, initiated by the Virunga Foundation to provide access to energy for four million people who live and work in and around the Virunga National Park.

Matebe will produce more than 13.6 MW, supplying 600,000 people with clean, accessible and affordable electricity, kickstarting the green economy and bringing over 12,000 sustainable employments for those in the region of Rutshuru.

Matebe avoids the use of heavy, polluting, fossil fuel generators thus saving an estimated 50,000 tons of CO2 emissions per year.

The carbon credits awarded for the reduced CO2 emissions will become important environmental assets which can be sold to respected corporates, individuals or States dedicated to achieving carbon neutrality. The VCS carbon certification is an effective tool to transparently track and account the CO2 performance of Virunga’s clean energy projects.

Director of Virunga National Park, Emmanuel de Merode, said, “The fight against climate change is one of our key commitments. Protecting biodiversity, improving living conditions and preventing conflicts cannot be addressed without a sustainable pathway. We hope Virunga’s offering will attract those with an equal commitment to clean energy and employment based on a green economy.”

Alexandre Dunod, advisory manager at Aera Group, said, “Matebe is an outstanding ‘run-of-river’, micro-hydro project with strong impact and co-benefits. It is right in line with our portfolio policy focusing on Least Developed Countries and charismatic African stories and activities. We expect a strong demand for high quality African offsets in the years to come and we build our supply accordingly.”