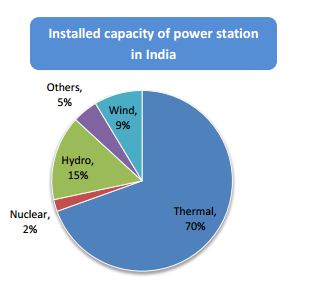 Factors that favor the growth of wind power in India include incentives from government in the form of Generation based incentives and accelerated depreciation, relatively cost competitive mode of power generation, low gestation period for setting up of the project and introduction of floor/cap pricing mechanism for trading of Renewable Energy Certificates.

India has around wind potential of around 102.77 GW out of which the total installed capacity as on March 31, 2015 was 23.44 GW. India’s wind energy installed capacity was majorly spread across 8 states Rajasthan, Gujarat , Madhya Pradesh, Maharashtra, Andhra Pradesh, Karnataka, Tamil Nadu and Kerala

As on January 2014, states like Maharashtra, Rajasthan and Tamil Nadu had utilized their overall wind energy potential by more than 50 percent. 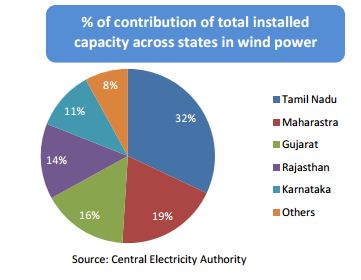 Although the top 5 states contribute about 92 percent of the installed wind capacity, they still have 49 percent of the total untapped wind power potential, the report finds.

Acceleration depreciation, which was withdrawn with effect from April 01, 2012, has been reinstated the policy in July 2014. This tax benefit allows projects to deduct upto 80 percent of value of wind power equipment during the first year of project operation. 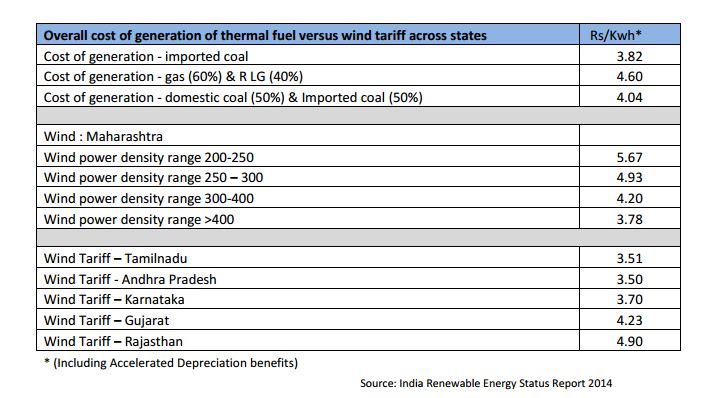 Also the government is providing Generation Based Incentive (GBI) Scheme to wind electricity producers falling in the deserving categories. Captive producers are allowed for GBI but open access (merchant power) not allowed.

The impact of the RPOs on wind development would depend on the penalties and enforcement of the targets as well as an effective REC market to promote development of areas of the country with the most abundant wind resources.

Although National Action Plan on Climate Change has set an ambitious RPO target 15 percent of total power generated by 2020, most of the states have performed abysmally low in achieving the same.