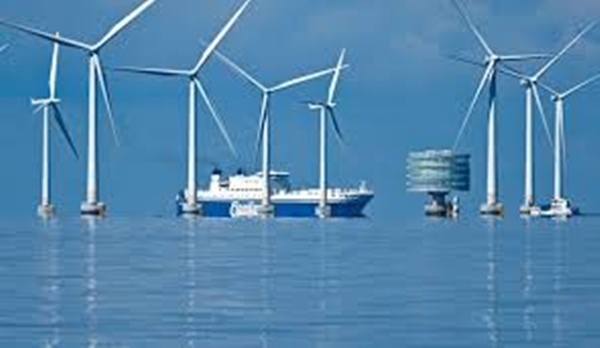 Britain’s energy ministry has given permission to set up world’s largest offshore windfarm project on the Dogger Bank, near Yorkshire coast.

The Creyke Beck offshore wind project has received planning permission for an array of nearly 400 turbines totaling 2,400 MW in capacity.

The project which will cost around £6bn to £8bn will be led by Forewind, a consortium comprising SSE, RWE, Statkraft and Statoil. About £60m has been spent by the companies so far on surveys alone.

It is estimated that, the electricity produced will be sufficient to power around 2 million homes, fulfilling 2.5 percent of the UK’s electricity needs.

Moreover, the consortium said the Creyke Beck project can create up to 4,750 new jobs and generate more than £1.5bn for the UK economy, especially in Yorkshire and Humberside region.

Nevertheless, the developers have yet to take a final investment decision and the project will have to secure renewable energy subsidy system supported by the government.

A second application has been forwarded by Forewind for the construction of further tranche including Dogger Bank Teesside A and B.

If the next stage gets clearance from authorities by August, this will be the furthermost offshore that have ever been attempted in UK.

However, the construction of the first turbines could still be years away.

The UK’s last biggest offshore wind site, the London Array that consist of 175 turbines was inaugurated in 2013.

Authorities are of the opinion that wind power is vital to the renewable energy growth of UK, with £14.5bn invested since 2010 into an industry which supports 35,400 jobs.

Currently, the country has about 1,200 offshore wind turbines, with a total generating capacity of about 4GW.

UK is targeting up to 41 GW by 2030 with an aim to reduce carbon emissions.