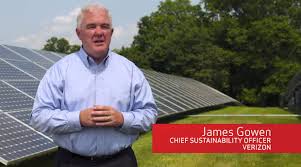 The new solar project will see around 7,000 SunPower solar panels on the roof of Verizon’s building at 741 Zeckendorf Blvd.

It already generates 6 million kilowatt hours of green energy annually from a fuel-cell system built in 2005.

The Garden City solar project will be operational by the end of this year and it is one of Verizon’s numerous on-site green energy projects in the New York City area. 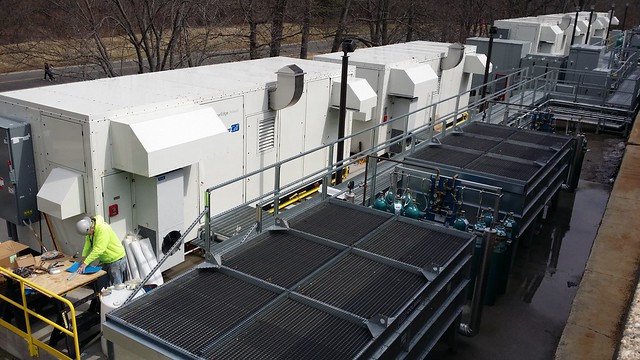 Verizon has invested $60 million in green energy in New York with fuel cells at five New York City telecommunications-switching locations and at a data center in Elmsford in Westchester County.

On completion, Verizon will operate more than 6.7 megawatts of green energy systems in the state including this project.

The total green energy efforts in New York by Verizon are expected to offset more than 4,600 metric tons of carbon dioxide every year.

Two months ago, Approximately 7,000 solar panels were delivered to the Garden City location. SunPower is responsible for the solar panel installation.

From the investments done in networks, to the philanthropic and nonprofits supported, to strategically smart on-site green energy projects such as this one in Garden City and elsewhere, Verizon is improving the quality of life in the communities served in New York, said Leecia Eve, vice president, state government affairs, Verizon New York.

Its investments in and commitment to New York are helping to position the state to compete and to continue to move forward economically, added Eve.

According to the Solar Energy Industries Association, Verizon is the topmost solar power producer among all U.S. communications companies.

Verizon has made significant steps in utilizing solar power to supply its own electricity, including its recent solar investments in New York, said, Rhone Resch, president, CEO, SEIA.

It is on a path to become one of the top 10 companies in the U.S. based on solar generating capacity, and the solar power leader in the U.S. telecom industry, he added.

To date, Verizon has invested more than $160 million in on-site green energy. Upon completion of its new solar projects, the company is on track to deploy upward of 25 megawatts of green energy across the United States.