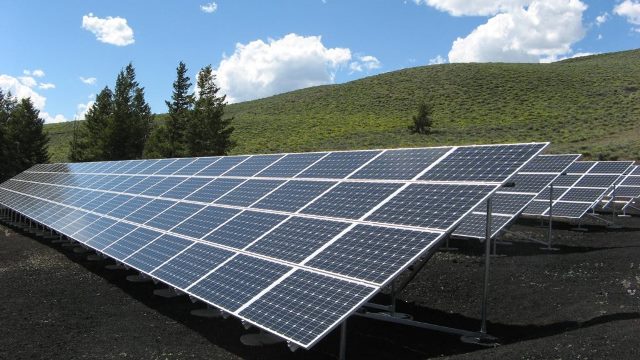 The Commerce Ministry’s investigation arm DGAD said it is terminating its anti-dumping probe on imports of solar cells from China, Taiwan and Malaysia, PTI reported.

The Indian Solar Manufacturers Association has made a request to terminate the present investigation.

Directorate General of Anti-Dumping and Allied Duties (DGAD) initiated the probe on July 21 last year following complaints of dumping of the product by the association.

The authority is constrained to terminate the present antidumping investigation concerning imports of solar cells whether or not assembled partially or fully in modules or Panels or on glass or some other suitable substrates from these countries, DGAD said in a notification.

The Indian solar industry has cited certain reasons for its request to terminate the probe.

They have stated that post-initiation, the injury being suffered by the domestic producers on account of dumping has aggravated sharply.

Besides, the solar industry has said that the imports of the cells from these countries have increased substantially in the recent period. The period of investigation covers April 2016 to June 2017 (15 months).

The directorate, however, noted that the reason cited by the domestic industry for termination of the petition is devoid of any merit.

But it said Rule 14(a) of the anti-dumping rules does not grant any discretion to the DGAD in the matter of termination of investigation, once the domestic industry files a written request for termination of the probe.

Anti-dumping duties are levied to provide a level playing field to local industry by guarding against cheap below-cost imports.

Increasing imports and dumping of goods from China have always been an area of concern for Indian companies. India’s exports to China were only $10.2 billion in 2016-17 but imports aggregated to $61.3 billion.

DGAD is also probing dumping of several other products such as certain chemicals and steel products from China and other countries. India is one of the most attractive markets for global producers due to its large middle class population.

Imposition of anti-dumping duty is permissible under the World Trade Organisation (WTO) regime. Both India and China are members of the Geneva-based body.The duty is aimed at ensuring fair trading practices and creating a level-playing field for domestic producers vis-a-vis foreign producers and exporters.