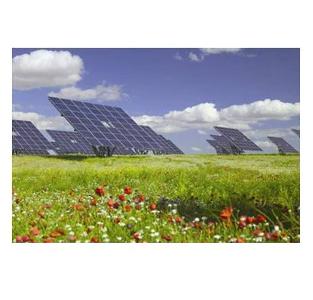 Greentech Lead America: 8minutenergy Renewables, a solar
PV developer based in California, announced that Imperial County Board of
Supervisors approved its utility-scale solar PV projects underway in the
Imperial Valley.

The approval received support from the Sierra Club,
Audubon California, Defenders of Wildlife and the Natural Resources Defense
Council.

8minutenergy’s solar generation plant will be built in
three phases. The plant, the largest in the world, will produce a up to 600 MW
of clean, renewable solar power to provide electricity for over 200,000
households in California.

The solar PV projects will displace the equivalent of
approximately 1.6 million metric tons of carbon dioxide per year of a coal
plant.

8minutenergy worked with the Sierra Club to ensure the
development of solar power projects. The collaboration includes a significant
investment by 8minutenergy to create a stewardship and education program.

In the Imperial Valley, the program will safeguard the
habitat of the borrowing owl – a species of special concern – and enable it to
continue to blossom and thrive in the region.

“By working with the Sierra Club and the rest of the
environmental community to provide additional stewardship for the burrowing owl
they have demonstrated that they will go the extra mile,” said Bill
Corcoran, Western Regional Director of Sierra Club’s Beyond Coal Campaign.

“We appreciate the approval of our solar projects by
the Imperial County Board of Supervisors, and are proud to work proactively
with the Sierra Club to protect and enhance biological resources in the
Imperial Valley,” said Tom Buttgenbach, president of 8minutenergy
Renewables.

8minutenergy Renewables has over 2,000 MW on private,
disturbed land under development for renewable solar projects in California.