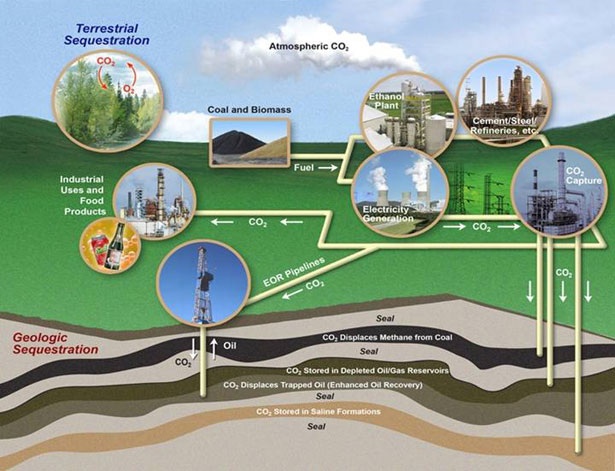 TCEP is a leading carbon capture, utilization and storage (CCUS) project for the U.S. Department of Energy, which has awarded TCEP more than $450MM as part of the Office of Fossil Energy (FE) Clean Coal Power Initiative (CCPI).

A large commercial power and chemicals project near Odessa, Texas, TCEP will capture more than 90 percent of its CO2 emissions from coal while producing 400MW of clean power and enough urea to reduce annual U.S. imports by more than 10 percent.

The captured CO2 will be permanently sequestered geologically in West Texas oilfields.

The contract covers engineering, procurement, construction, commissioning, and performance testing of the chemical and carbon capture block for the project, which will be integrated with a Siemens combined cycle power block.

Siemens, which has its global Oil and Gas Headquarters based in Houston, is also expected to supply the coal gasification equipment for the chemical block.

SNC-Lavalin and HQC have entered into a consortium agreement for the project. SNC-Lavalin’s major responsibilities include engineering and procurement for the balance of plant activities outside the licensed technology areas as well as construction for the entire chemical block portion of the project.

TCEP is the recipient of $811MM in investment tax credits (ITCs) under section 48A of the Internal Revenue Code, awarded to qualifying advanced coal projects that generate at least 400MW of power and capture a minimum of 65 percent of their CO2.

The signing comes 16 months after HQC and Summit launched an effort to improve the design of the project with a goal of reducing project costs, which rose sharply in 2013 as a result of soaring Texas labor rates due to the oil and gas boom.

With the completion of updated engineering work and the addition of SNC-Lavalin to the team, this contract brings that effort to a successful conclusion. TCEP’s financial closing is targeted for spring 2016.