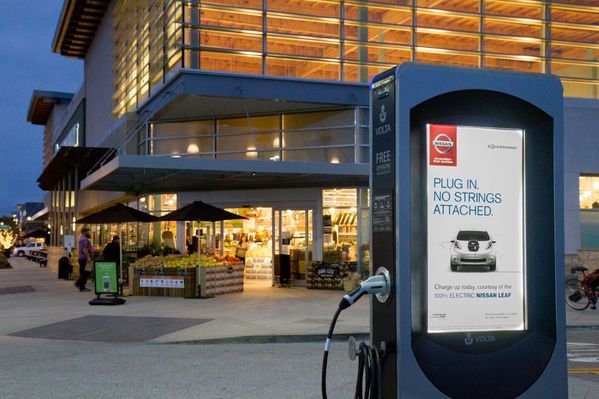 Volta Charging, a provider of free electric vehicle charging, today announced a ten-year agreement to deploy EV charging stations near the South and East entrances of the United Center in Chicago, launching in October 2017.

Through Volta’s nationwide network of electric vehicle charging stations, the largest indoor arena in the U.S. and home of the Chicago Blackhawks and Chicago Bulls, will offer visitors free charging facilities, supporting the center’s mission to reduce its environmental impact.

Four open-access universal charging stations will be installed, operated and maintained at no cost to the center or its patrons through Volta’s sponsored network model. The stations will be equipped with digital-hybrid displays and placed in prime locations near venue entrances to ensure sponsor messages reach audiences, while facilitating easy access for drivers.

“With over 2.5 million visitors annually, we are excited to be partnering with Volta to bring its stations to our arena and provide visitors with a convenient and easy way to charge their vehicles,” said Joe Myra, who is the VP of Business Affairs, United Center. “Volta’s model aligns perfectly with our plan to work towards sustainability and enables our patrons to take a personal stake in a viable future.”

Since its founding 2010, Volta has delivered over 15 million electric miles and saved 136,000 gallons of gas, while offsetting 6.6 million pounds of CO2. It creates four times the usage per-port of the average charging network.