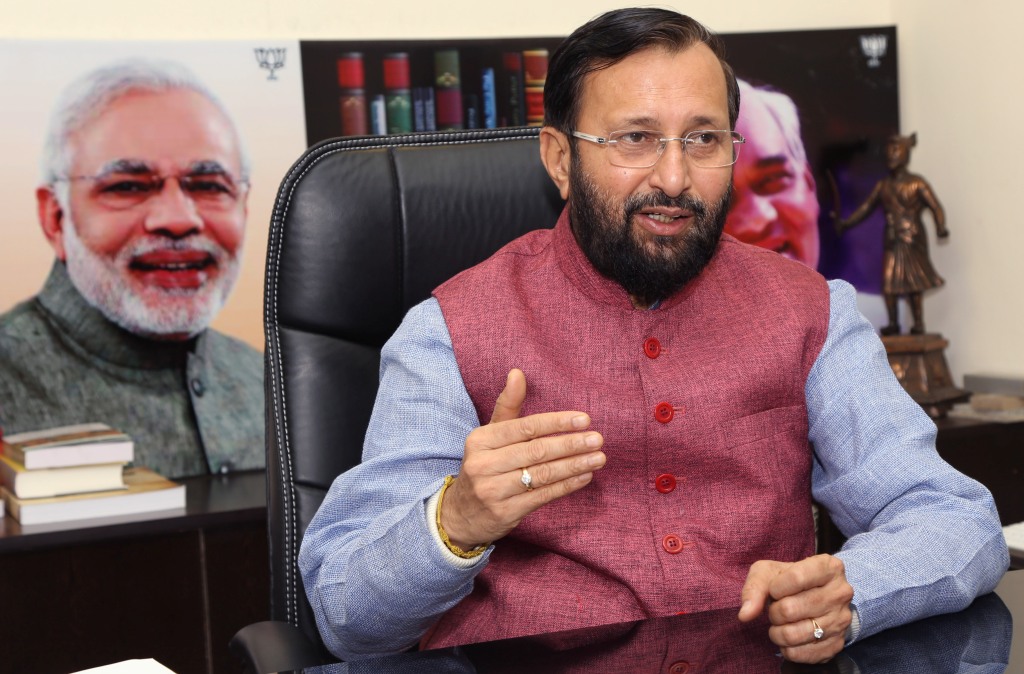 India has made it clear to the West that it will be firm in its negotiations on climate change but will not be cowed down by aggressive postures taken by anyone, including the United States.

“We are geared up for the battle ahead in Paris, and I want to make it clear that India would not be bullied into accepting the position of the developed countries,” the Minister of Environment, Forests and Climate Change Prakash Javadekar told IANS in an interview at his residence in Delhi.

The minister was reacting to comments by US Secretary of State John Kerry that in climate change negotiations in Paris, India would be “a challenge” without explaining what he meant.

Elaborating on earlier comments calling Kerry’s remarks as “unfair and unwarranted”, Javadekar said that India’s position had been arrived at after extensive discussions with at least 60 countries and that it would stick to its stand.

“What we are asking for is absolutely fair and the developed world must recognise that they have to atone for the historical carbon emissions that they have been putting out in the atmosphere for over 150 years in their search for prosperity.”

Human induced carbon dioxide emissions, largely by use of fossil fuels, are said by the United Nations’ Intergovermental Panel on Climate Change to be behind the global warming trend seen in the last few decades, when most of the economic growth in the Western countries had taken place

Almost 190 countries are meeting in Paris from November 30 to work out an agreement to limit global warming to less than two degrees celsius, which many scientists say, would be the “upper limit of tolerance” that the Earth may be able to endure. Some have pointed to rising seas and increased frequency of extreme weather events, including major droughts, if the limit is breached. The temperature rose 0.8 degree celsius in the last century.

Prime Minister Narendra Modi will be going to Paris on November 30 to address the climate change conference and push for an agreement on issues such as how to mitigate temperature rise and cope with it in case it does so. Modi is likely to be in Paris for a couple of days, aiming to give impetus to the talks along with around 50 heads of state or government who have confirmed their presence so far.

In earlier climate change conferences, the heads of state or government had arrived in the closing days of the fortnight long talks, but this time they arrive in the beginning. Javadekar is likely to be there for the whole duration, except for a short break, to participate in ministerial level talks till the end.

India is being seen as leader of the developing world in the talks where the Western countries would be called upon to make amends by pouring in hundreds of billions of dollars for mitigation and adaptation on the “polluter pays” principle.

Paris climate talks can be ambitious by half a degree