Home Featured News Wind power to account for 7.3% of power generation by 2018: report 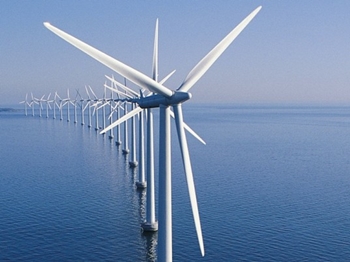 According to a report from Navigant Research, wind power will be responsible for 7.3 percent of the electricity generation worldwide by 2018.

The growth was slowed down in global wind power market including United States and Spain in 2013. Still, wind power supplies nearly 3 percent of the world’s electricity at present, and is expected to grow in the coming years.

Wind industry experienced a negative growth since 2004, but the 2013 slowdown will turn out to be an anomaly, the report said.

Wind turbine vendors are looking for new investment opportunities, primarily in Latin America and Africa. They try to develop machines that produce maximum energy production in low winds. Through 2018, the industry will have additional 250GW of capacity to its credit, predicts the report.

On the other hand, the offshore market will be a driving factor for the growth with 13 projects installed in 2013 and another 1,720MW to be added further, a 50 percent increase over 2012. According to the report, 50 percent of all new offshore capacity in 2013 was installed in UK, supplied by Siemens.