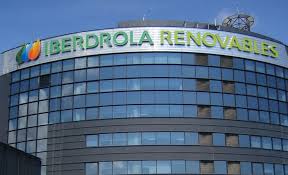 Iberdrola has hired JPMorgan Chase to sell some foreign renewable assets which could rise up to 2 billion euros to help fund an acquisition in U.S. market.

A mandatory agreement has been made with Morgan Stanley to find out the sale of a minority stake in its Spanish distribution business to boost earnings since 2011, a strategy in order to minimize the exposure to Spain and investing abroad.

Iberdrola has been cited as a possible suitor for Louisiana’s electricity supplier Cleco and Oncor, the power distribution unit of Texas’s power company.

The mandate is for a sale of minority stakes in several renewable energy assets such as wind farms or solar plants that could be worth about 2 billion euros.

Iberdrola has assets capable of producing 14,400 MW of renewable energy across the world, with 5,700 MW in Spain and 5,457 MW in the United States.

The sale of the Spanish distribution business that Morgan Stanley is discovering could raise about 3 billion euros, said, Alberto Gandolfi, UBS analyst.

The two sales will collect funds for a major U.S. acquisition and the company gained confidence after it was forced to put an international expansion drive on hold in 2011 during the euro zone debt crisis which made it harder for Spanish companies to borrow.

Iberdrola has plans to add more electricity distribution assets to its U.S. portfolio. They are attractive assets offering a recurring income and their performance is less dependent on energy prices moves.

Spain’s energy reforms which aimed to cut a massive tariff shortfall in the regulated power system have added to the company’s pain, reducing 1.4 billion euros from Iberdrola’s earnings since 2011. It has 26 billion euros in debts.

Funding an acquisition through sales would allow the company to avoid taking more money and diluting its share capital by bringing in new shareholders.