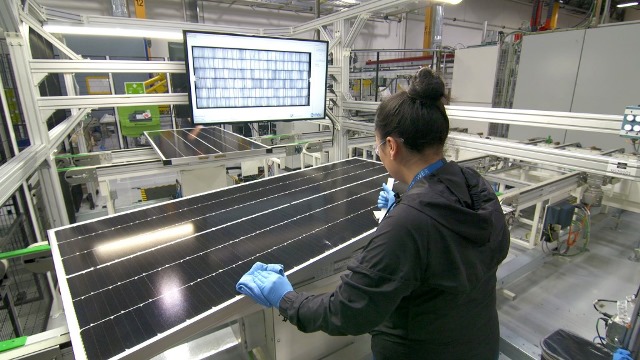 SunPower has started assembling its Performance Series solar panel for customers in the US factory.

SunPower acquired the SolarWorld Americas facility in Hillsboro, Oregon, in October 2018. It has a workforce of about 200 to assemble the Performance Series solar panel.

Tom Werner, CEO of SunPower, said: “We look forward to meeting our US market demand with these high-performance American-assembled panels.”

SunPower will begin shipping P19 solar panels from Oregon in the coming weeks meeting customer orders. Several Fortune 500 companies, an auto dealer in Texas, and a church in Missouri are some of the customers.

SunPower is currently the No. 1 commercial solar provider in the US with the most megawatts installed according to Wood Mackenzie.

SunPower captures large share of solar market in US