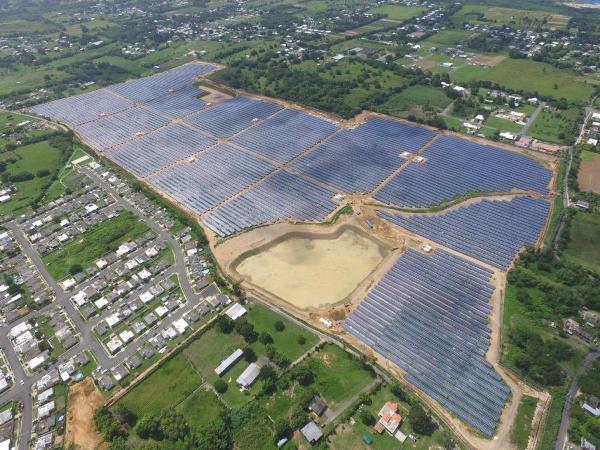 skytron energy announced it has been selected to provide monitoring and supervision technology for a 57.6 MWp solar power plant in Isabela, Puerto Rico.

The plant named “Oriana” is owned by solar power producer and investor Sonnedix and is the largest plant of its kind in the Caribbean, skytron said.

Oriana has started producing clean energy from September. It will cover the power demand of more than 12,000 homes and will displace 95,000 tons of carbon dioxide each year.

“All eyes are upon Oriana, as it is a milestone in driving the implementation of renewable energies in the Caribbean. To meet the requirements of the political and economic authorities, we decided to partner with skytron energy,” says Joern Hackbarth, EVP – global head of Engineering and Construction at Sonnedix.

For Oriana, skytron energy has re-engineered skyCOMM, which is a digital signal converter. It integrates external devices like inverters and irradiation as well as temperature sensors into the plant network, thus collecting data in high resolution – in 1-second values via a single data concentrator, communicating in both directions. This is one of the most important features in order to react quickly if the plant communicates any errors or failures.

“Due to the size and the hybrid nature of the plant, we have deployed the entire range of our high-quality monitoring and supervision technology,” says Stephan Raulin, head of Sales at skytron energy.

Oriana has been connected to the grid in September 2016. Greece-based company METKA-EGN, which has a solid track record of building solar power plants in Europe and the UK, built the facility, and commissions and operates it. More than 100,000 MW-hours of clean, green electricity will be generated each year.