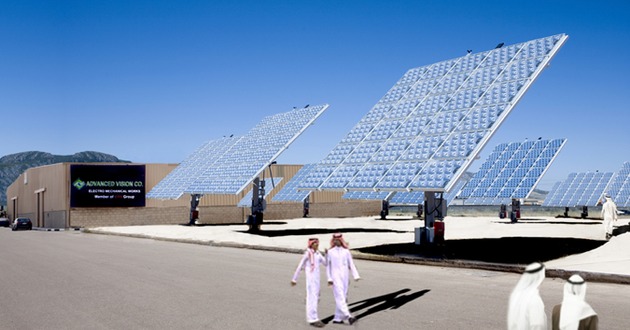 GCC solar equipment market is projected to reach $8,852.5 Million by 2022, says a new report from 6Wresearch.

Growing energy requirements, infrastructure development, decrease in global oil prices along with the increased focus on renewable sources especially solar energy are some of the key factors that would spur the demand for solar equipment in GCC region, the report said.

The market for solar equipment in GCC region has registered growth in last few years due to growing awareness and initiatives taken by the governments to promote power generation from solar power.

During the forecast period, the market for solar equipment is anticipated to rise owing to the renewable energy targets of various GCC countries.

At present, majority of energy generated in the region is from the oil and natural gas; however, with growing environment concerns and reducing solar equipment prices, the market for GCC solar equipment would record growth over the next six years, the research said.

GCC solar equipment market is majorly led by countries such as UAE and Saudi Arabia, wherein in 2015 majority of the market revenues were generated from Saudi Arabia due to significant initiatives taken by the government in the areas of installation of PV plants.

UAE is expected to lead due to projects such as the 800 MW project which was given to the consortium of Masdar, Gransolar and FRV and DEWA Shuaa solar PV plant along with the Sweihan solar project in Abu Dhabi.