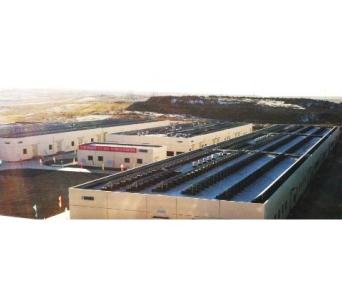 BYD, a manufacturer of environmentally-friendly battery
technologies and the State Grid Corporation of China (SGCC) announced that they
have completed the construction of world’s largest battery energy storage
station at Zhangbei, Hebei Province.

BYD
has provided energy storage batteries in arrays larger than a football field
for this project. BYD’s battery energy storage system provides a solution for
the realization of energy storage in the smart grid that improves renewable
energy efficiency by 5 to10 percent.

“BYD is honoured to cooperate with China and SGCC to
build this large energy storage station and to make a contribution in the
utilization of renewable energy resources,” said He Long, vice president of
BYD.

The State Grid system is demonstrating a stable solution
for transferring vast amounts of renewable electricity safely to the grid on an
unprecedented scale.

This new project
is independently designed by SGCC. It is part of the national Golden Sun
program. The first phase investment with 100MW of Wind, 40MW of Solar and 36MWh
of Battery is worth over $500 million.

“The large-scale implementation of clean and green
energy, such as wind and solar power, can only be realized when the technical
difficulties of this new energy application in the utility system are resolved,”
said Xiu Binglin, deputy director of the National Energy Administration.

Recently, Samba Energy announced
that they’ve chosen BYD solar panels and inverters for use immediately in 1.2
Mega-Watts (MW) of solar installations in the North East and Pacific regions.
This initial partnership includes equipment for a few select schools and
commercial buildings and will be expanded to 10 MW by Q1 of 2012.