Eurasian countries are expected to invest $18.3 billion in electric grid modernization or smart grid over the next decade, according to a study published by Northeast Group.

Eurasian countries are among the least energy efficient in the world and have some of the highest electricity distribution loss rates.

With around 29 percent, Kyrgyzstan stands second highest for electricity losses in the world.

The region represents strong thrive for smart grid investment with a number of professional vendors and funding available from multilateral lending organizations. 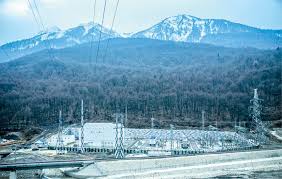 Countries like Russia are projected to develop in the medium term.

The current political challenges in Russia and Ukraine limit the short-term market potential of some of the region’s largest countries.

The case for smart grid investment in Eurasia is fascinating. Smart grid will be influential in improving the efficiency of the electricity sector. The multifaceted financing will initiate deployments in the near term, said, Ben Gardner, president, Northeast Group.

But recent events do not change the core drivers and potential benefits, which should lead to strong medium-term growth, noted Gardner.

The World Bank and Asian Development Bank have allocated $380 million for smart grid investments in Uzbekistan since 2011.

In addition, several other Eurasian countries feature similar electricity segment characteristics and financing will be available if arrangements in Uzbekistan become fruitful.