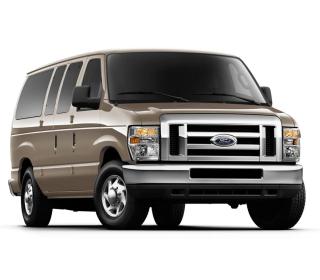 Greentech Lead America: Automobile major Ford said it
doubles size of vehicle development teams focused on fuel-saving technologies
globally versus five years ago. It will be hiring dozens of additional
engineers this year.

Ford is also converting its Advanced Engineering Center –
a 285,000-square-foot building – for its newly centralized team of engineers
working on hybrid and electrification programs.

Ford in the past five years has doubled the size of the
team working on fuel-saving technologies like EcoBoost turbocharged gasoline
engines, hybrids, plug-in hybrids and electric vehicles globally.

Ford is announcing the conversion of its
285,000-square-foot Advanced Engineering Center in Dearborn, Mich., to
electrified vehicle development.

“Ford remains absolutely committed to providing a
wide range of choices of top fuel economy solutions for our customers – from
EcoBoost-powered gasoline vehicles and hybrids to plug-in hybrids and full
electrics,” said Mark Fields, Ford president of The Americas.

The new jobs are part of Ford’s plans to add more than
12,000 hourly and salaried jobs by 2015 in the United States. The company also
has announced it is tripling production capacity of its hybrid, plug-in hybrid
and electric vehicles in the U.S. next year compared with 2011.

From EcoBoost to hybrids and from plug-in hybrids to full
electric vehicles, this year Ford will offer nine vehicles reaching an
anticipated 40 mpg or more.

Ford will offer fuel-efficient EcoBoost engines in 11
vehicles in 2012, up from seven in 2011, tripling the production capacity of
EcoBoost-equipped Ford vehicles. This expansion of fuel-efficient offerings
will be led by the 1.6-liter EcoBoost engine in the high-volume Escape compact
utility vehicle and Fusion sedan nameplates.

Delivering up to 20 percent better fuel economy than
conventional engines, EcoBoost uses smaller overall size combined with
turbocharging and gasoline direct injection to bring customers the power they
want and the fuel economy they need.