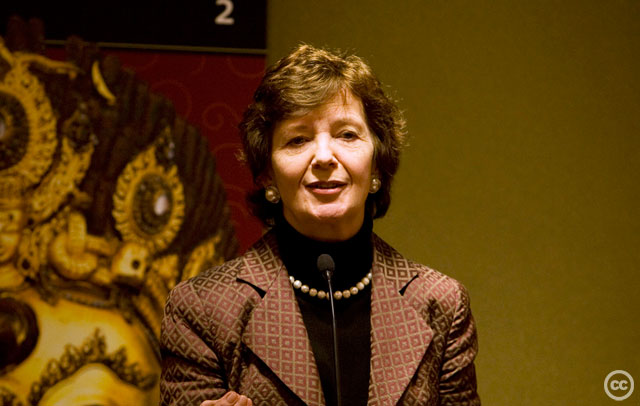 A special envoy on Ban Ki-moon has remarked on climate change, supporting the fossil fuel divestment movement at an event in London.

Mary Robinson, leading climate justice campaigner and former president of Ireland has commented that it is very interesting to see the movement grow in impact.

According to her, for any fund it is almost a due diligence requirement to consider ending investment in dirty energy companies.

Corporations need to look at what contribution we are making to hurting those who are in the front line of being most vulnerable to climate change, she said.

In global level, several organizations have committed to withdraw finance from coal, oil and gas companies.

They aim to brand those who stand to profit from continuing the use of climate polluting energy sources.

Two thirds of fossil fuel reserves must stay in the ground to avoid dangerous climate change.

She emphasized the need to make sure action on climate change goes hand in hand with eliminating poverty and upholding human rights.

Meanwhile, China’s top weather official has issued a plain warning on climate change, saying that rising temperatures will have huge impacts on the country.

“As the world warms, risks of climate change and climate disasters to China could become more grave,” Zheng said.

China is the world’s largest source of carbon dioxide emissions, which cause climate change.

According to experts, in Beijing the pollution may hit at its peak around 2030.

Temperature increases in China over the past century have been more extreme than global averages. It is also a serious threat to several Chinese mega-projects.

Zheng asked China to follow a low-carbon development path. China has emphasized economic growth, which has caused demand for energy.

China and the US, which together produce around 45 percent of the world’s carbon dioxide, will be key to ensuring a global deal on reducing emissions after 2020 at a Paris summit later this year.