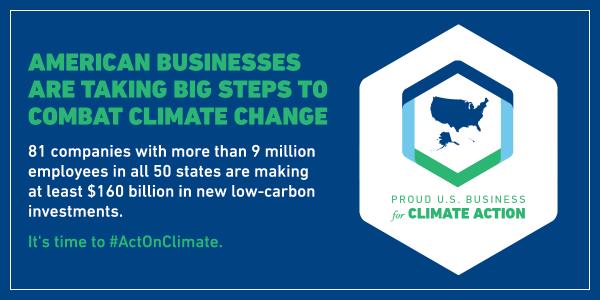 More than 80 companies have joined the American Business Act on Climate Pledge to demonstrate an ongoing commitment to sustainability.

Cox Enterprises pledged to send zero waste to landfill by 2024 and become both carbon and water neutral by 2044. The company plans to accomplish these goals through a number of measures like waste reduction, carbon reduction, renewable energy, water conservation and sustainable supply chain.

Building on the 6,200 megawatts of wind power projects that are now under development, under construction or in operation, Tri Global Energy is investing in renewable power diversification with the addition of a solar division and the acquisition of a solar energy company.

Tri Global Energy will focus on the following:

Ricoh, meanwhile, has established mid- and long-term environmental impact reduction goals for three key areas: energy conservation, resource conservation, and pollution prevention.  Ricoh sets the target to reduce the company’s total lifecycle of CO2 emissions by 30 percent by 2020 and by 87.5 percent by 2050 from the 2000 level.

DSM has made the following pledges:

Mars, on the other hand, pledged it will reduce the dependence on fossil fuels and eliminate 100 percent of GHG emissions from their operations by 2040. They are on track to reduce our 2015 GHG emissions by 25 percent (from a 2007 baseline);

Mars also agreed to pursue renewable energy projects around the world that are modeled after the 118-turbine, 200mw wind farm the company brought online in 2015 and which now provides the equivalent of 12 percent of our global energy requirements,

Further, the company will strive to achieve zero waste to landfill across all of its facilities globally by the end of 2015.