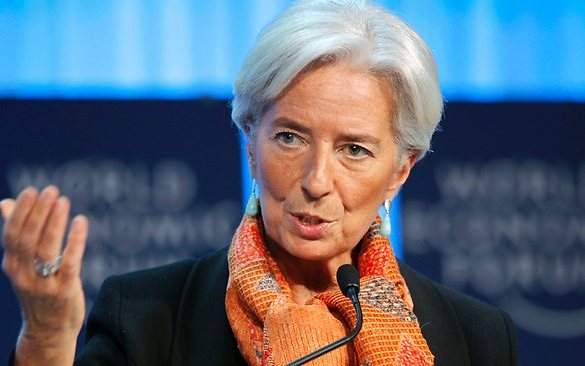 Washington, Dec 13  Managing Director of the International Monetary Fund (IMF) Christine Lagarde has hailed the Paris climate agreement adopted on Saturday, saying “it is a critical step forward for addressing the challenge of global climate change in the 21st century”.

Governments must now put words into actions, in particular by implementing policies that make effective progress on the mitigation pledges they have made, according to the statement.

“That is why my key message is to price carbon right and to do it now. Charging for the emissions of fossil fuels puts in place the needed incentives for low-carbon investments,” she said.

It also provides revenues to safeguard the poor, reduce debt, and lower the burden of other taxes on households and businesses, she noted.

“We look forward to dialogue on carbon pricing and helping governments put this vital policy into practice,” she added.

The historic Paris agreement on climate change is finally adopted with no objection Saturday by the 196 Parties of the United Nations Framework Convention on Climate Change (UNFCCC) during the 21st session of the Conference of the Parties (COP21) hosted by France.

The agreement has 31 pages with 29 articles, including objective, mitigation, adaptation, loss and damage, finance, technology development and transfer, capacity building, and transparency of action and support.

On the basis of equity and common but differentiated responsibilities and respective capabilities, the Paris agreement calls for aiming to hold global average temperature rise to below 2 degrees Celsius above pre-industrial levels and strives for limiting the temperature increase to 1.5 degrees Celsius above pre-industrial levels.