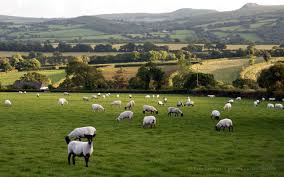 Emissions capped by Europe’s carbon market have dropped down by 3.7 percent in 2014, says analysts at Thomson Reuters Point Carbon.

According to the report, the emissions have fallen down due to factors like higher output from renewable power producers and lower electricity consumption.

Official data on last year’s emissions will be released by the European Commission on April 1.

Participants in Europe’s carbon market will watch the numbers, an indication of demand for carbon permits.

The drop was driven by a 6.7 percent decrease in emissions from the heat and power sector, to 1.025 billion tons of CO2e.

The gas-fired power generation reversed the downtrend in recent years and replaced coal to some extent, as gas prices were dropped down.

Total emissions from industries covered by the ETS including cement, metals and power, rose by 0.5 percent to 813 million tons.

The EU’s ETS is the bloc’s flagship policy to cut greenhouse gas emissions by charging for the right to emit carbon dioxide.

According to the 2015 State of California Current Report, waters off the West Coast are warmer, due to climate patterns affecting the Pacific Ocean and sea lions and other species are having difficulty in finding food.

The report shows unprecedented changes in the environment with unusually high air and water temperatures over the past year.

Waters off the coast of California and up through Alaska continue to be 2 to 6 degrees warmer than average.

In early March, NOAA declared an El Niño event for 2015 based on the development of warm waters in the western subtropical Pacific.

However, current forecasts suggest that this pattern may increase and persist through the summer and fall.